When the purpose of a building ages and the trends of the moment outgrow it, when everything perishes and only space is left empty of purpose, buildings go into trance. At that moment it is necessary to intervene and transform them, give them new meaning.

Our project for ARM comprehends an integral architectural strategy for the recovery, restoration and recycling of a house that was built between 1942-1943, during the first years of the foundation of the Polanco neighborhood in Mexico City. Conceived within the standards of the "neo-colonial" stylistic current of Mexican architecture of the 20th century, due to its artistic and urban value, this construction today is protected as a heritage site.

The addition contemplates a slender building, above the pre- existence, leaving a 7-meter-high gap, as a sign of courtesy and respect leaving the original house in the foreground without urban visual affectation. With sobriety achieved thanks to clean angled structure, the new intervention stands weightless above the old house.

Subtly inserted into its context, the building has a vertical volumetric composition that, with façade partitions, refers to the rhythm of the urban strip of Arquimedes Street with subtle material gestures, especially towards the adjoining buildings.

The structural challenge forced to consider the restructuring of the old foundation without damaging its condition. The problem becomes even more complex when the slenderness of the new building and the existence of an electrical substation for the subway are added to the equation, which is improperly located under the house and reduces the options for transmitting the loads to the firm layer. Thanks to the collaboration with one of the best structural design studies in Mexico, the structure and foundation design were feasible.

Fences on the façade are to be removed and the previous private residential typology is going to change as part of the strategy to open the old building towards the city with a public program. 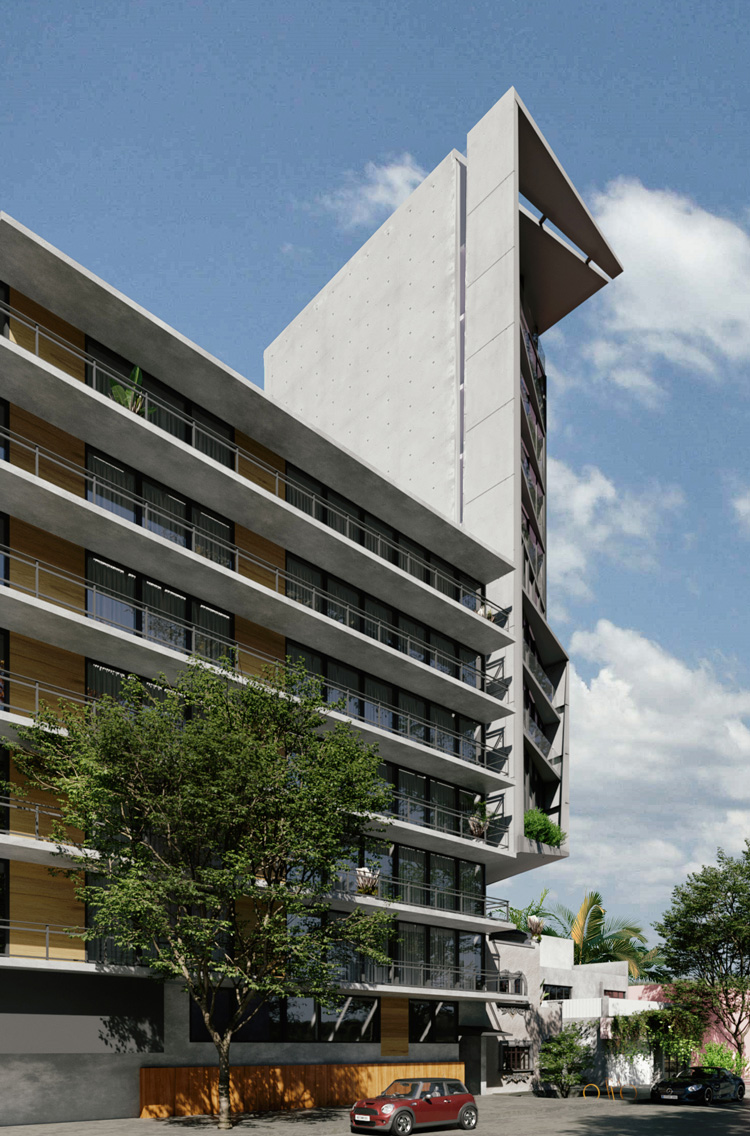 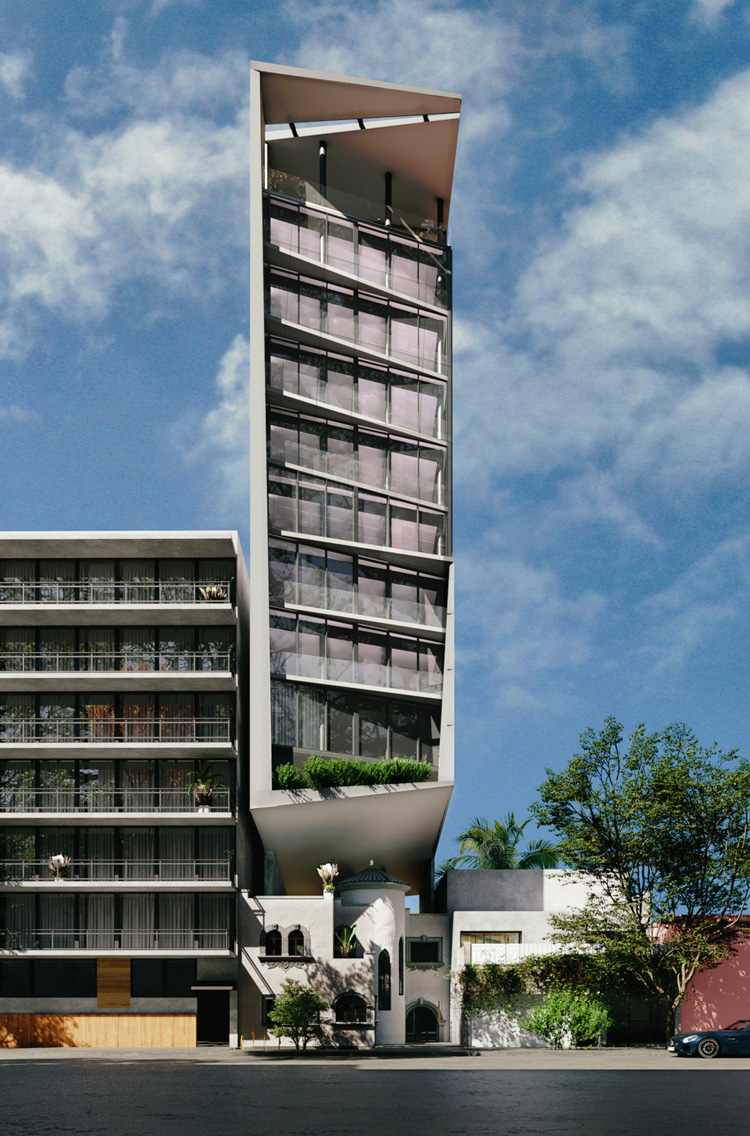 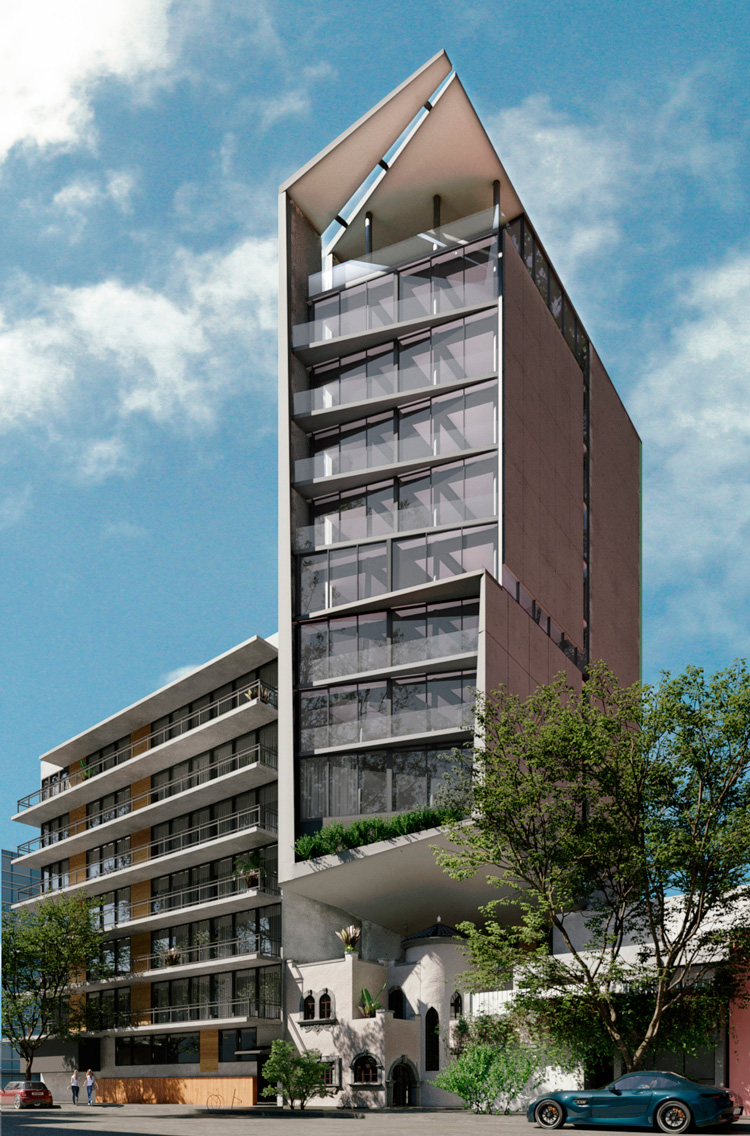