“Not to transmit an experience is to betray it” -Elie Wiesel.

The holocaust was an abysmal period in humanity’s history, a stage whose testimony is always distant and unreachable on the horizon of incomprehension. This monument proposal remembers this historical event by bringing it into the present and not allowing it to reoccur.

Two walls of polished white concrete are produced by a line that unfolds at ground level with imposing presence and solidity, representing Nazi philosophy and its quest for the pure Aryan race. The walls, solid, rigid and rough, evoke a regime that was strict, systematic and striking.

From the outside, the monument appears to be a gateway to a new era in which only the pure race and perfection may prevail. Its presence simultaneously intimidates and invites you to enter; its formal discourse simultaneously envelops and betrays. Between the two walls, a fissure reveals its interior: a frame that exposes a broken discourse within a space in which death, mistreatment and repression rule. These pieces deliberately hide a web of metal rods that provide structure and rigidity, and represent the victims who chaotically and desperately seek to escape for their lives.

“In the concentration camps, we discovered this whole universe where everyone had his place. The killer came to kill, and the victims came to die” -Elie Wiesel

Inside, the concrete walls reflect pain and death. The dripping rust from the rods, produced by the weather and the passage of time, have stained the walls in an allusion to the blood shed by the victims. The interior space is pierced by a conical subtraction that originates as an underground pit and narrows vertically until it ends in the highest section of the metal web. The conical void at the surface represents an empty tomb, the space not filled by the bodies that were denied a burial according to Jewish custom and law. The continuity of the void formed in the upper section of the web draws the gaze upward in a symbol of honor, respect and homage to the victims of the genocide. Since the monument is designed to depict past events, it uses a broken rectangular prism to represent destroyed buildings and features sections of cement and rods that tangle in all directions to conjure the rubble of war.

“Tell me and I forget, teach me and I may remember, involve me and I learn.” -Benjamin Franklin.

The purpose of the monument is to recreate a space in which visitors may vividly experience the anguish and chaos of that historic moment. Its narrow dimensions permit only one user at a time, a reminder of the individuals who had to live through the holocaust alone and dehumanized. Inside, the circle of extra-transparent, non-reflective glass protects visitors from falling into the void, while preserving a sensation of insecurity and fragility. This vivid experience produces an immediate reaction: visitors look skyward, through the void and tangle of victims, to be thankful for life and to offer tribute for those who lost their own.

“Survival is a privilege which entails obligations. I am forever asking myself what I can do for those who have not survived”-Simon Wiesenthal.

After that moment, visitors exit the monument with a renewed experience of the weight of the victims, their anguish, uncertainty and desperation. However, once outside, the open space and ancestral tombs reflect the hope of a new life and the precious freedom enjoyed today.

“That spiritual freedom, which no one can snatch away, is what gives life meaning and purpose.” -Viktor E. Frankl, Man’s Search for Meaning. 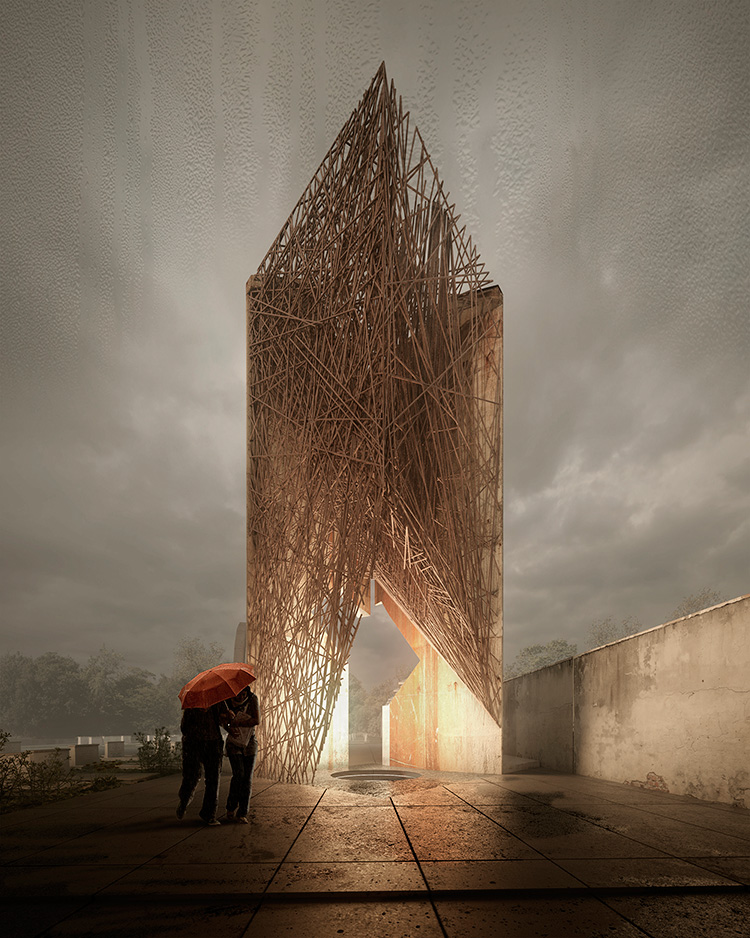 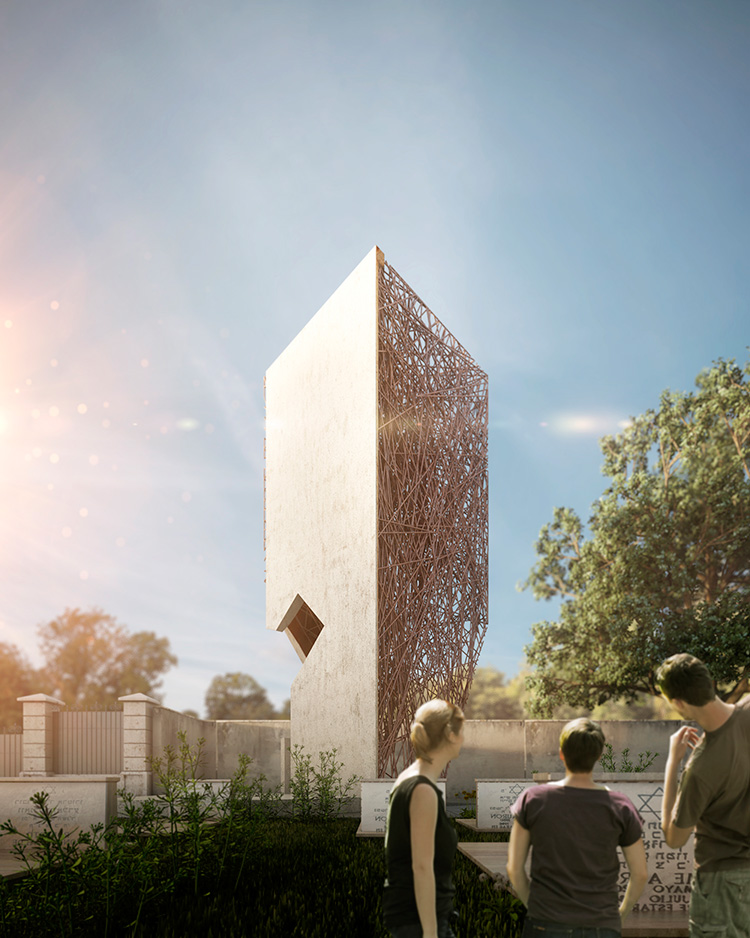 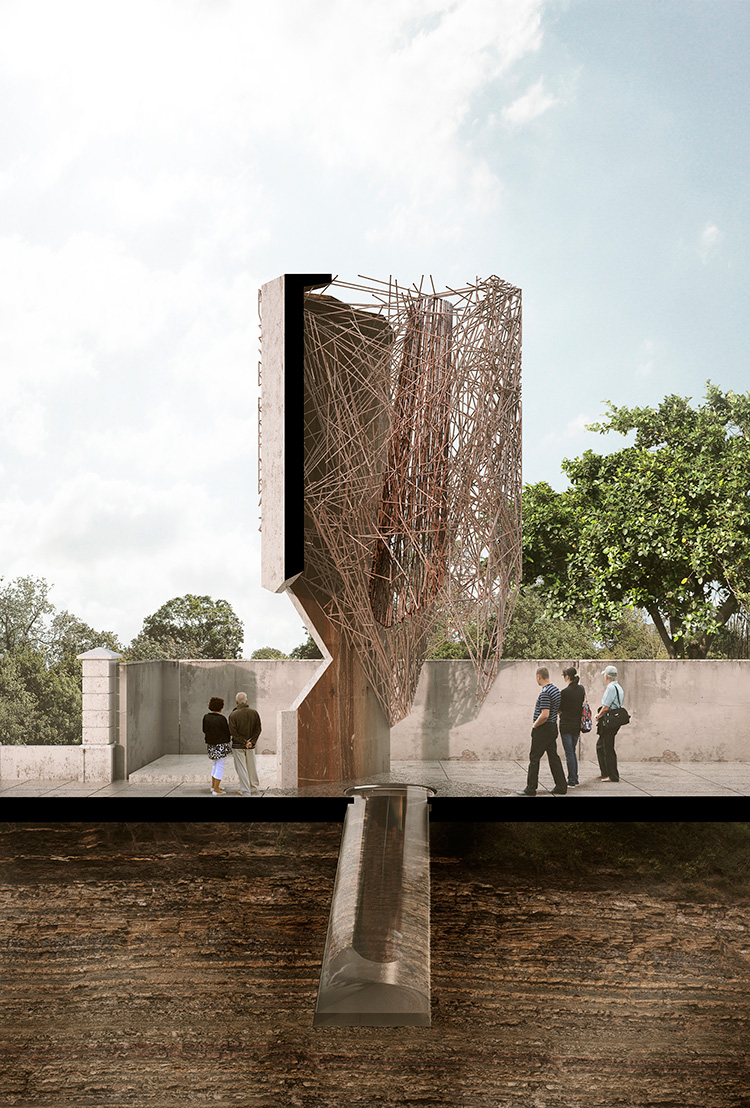 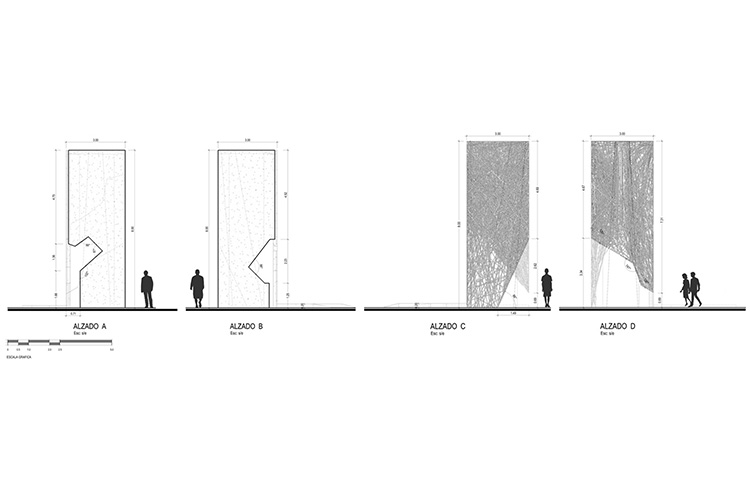 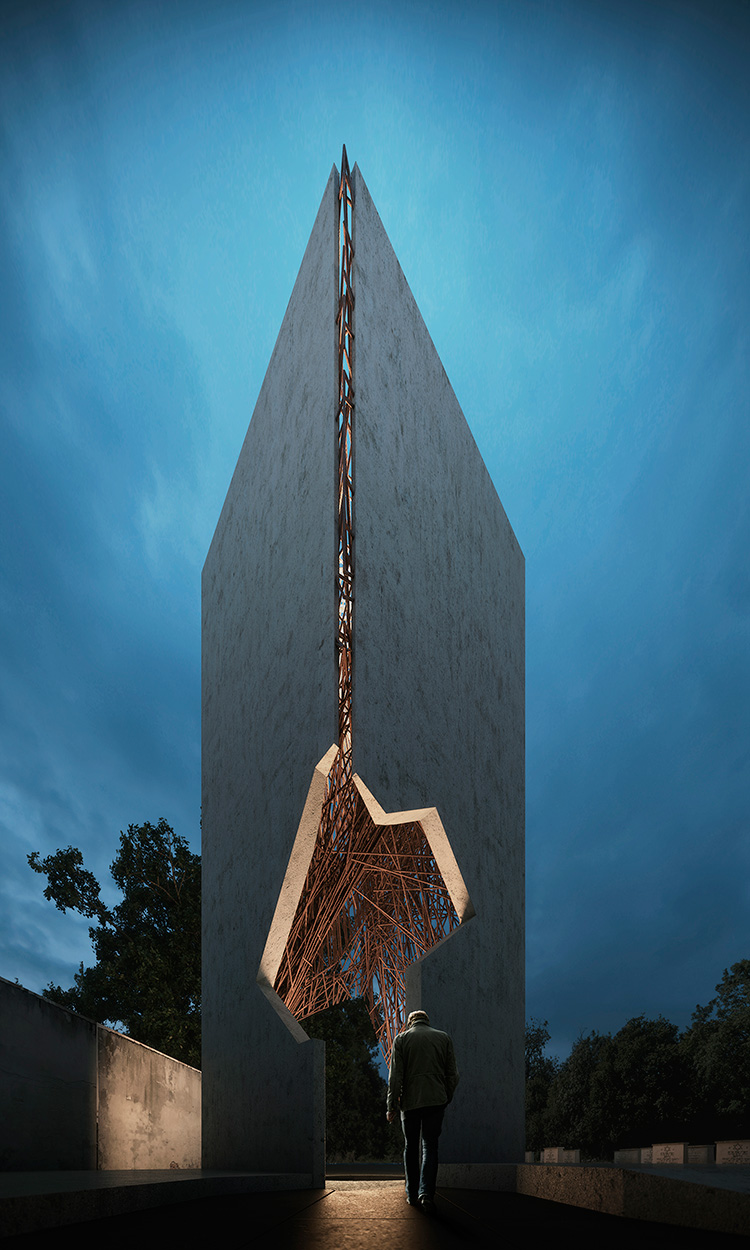 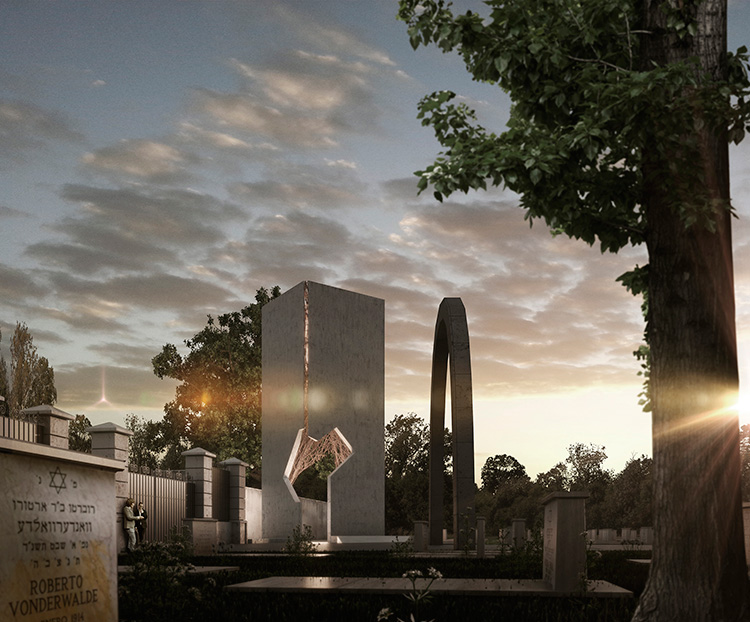 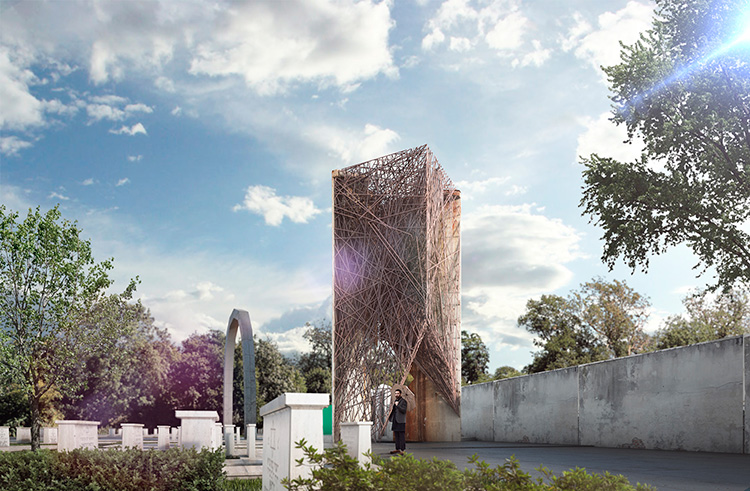 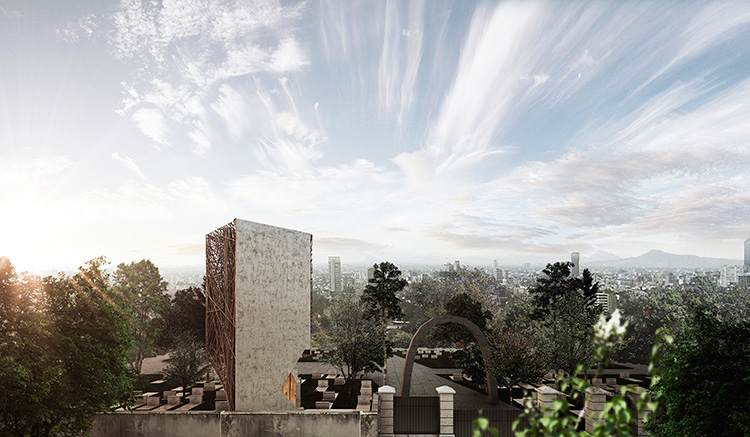 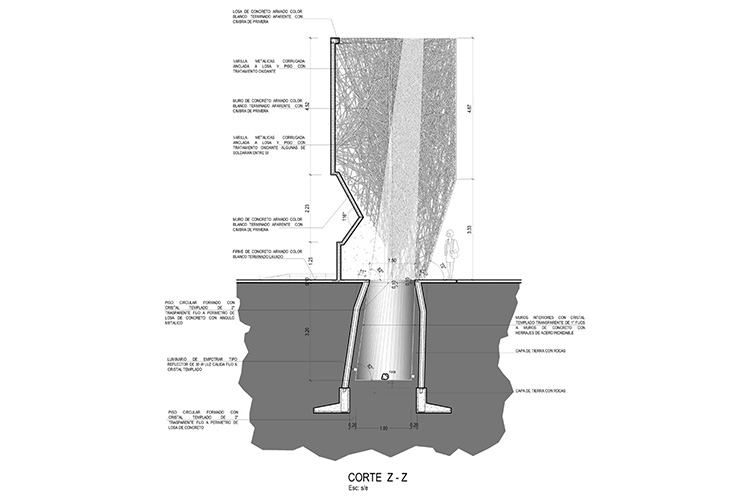