The 11-apartment residential building, with sizes ranging from 70 to 80 m2, two penthouses and commercial space on the ground floor, are found in front of Parque España, in the Condesa neighborhood in Mexico City. Given its privileged location, we sought to introduce the park into its interior. The façade responds to it with its slender, transparent elements.

The side railings are resolved with concrete cables which cross, uninterrupted, through the five floors, as does the vertical with a single gesture that covers all the floors. On the principal façade and to the center of each apartment there is a service nucleus, behind a metal screen punctuated by an incremental rhythm in its disposition.

The façade elements acquire a slimness thanks to the slabs that finish off thin in the front, with a diagonal cut through its three faces. This creates a horizontal dynamism from the pavement, as if various slabs, sustained by threads, were to make up the vertical building. To achieve this effect, the lateral walls connect with the slabs in a slanted finish.

Given its short front and the permitted height, the building is completely vertical. Nevertheless, from a distance, it produces the effect of superimposed cards held up from above, more than slabs supported from below.

The greatest challenge was the parking, which has an elevator and spreads out on two floors, one on the street level and the other underground. Concrete, glass, natural aluminum and tensed concrete cables as well as wood, alabaster. 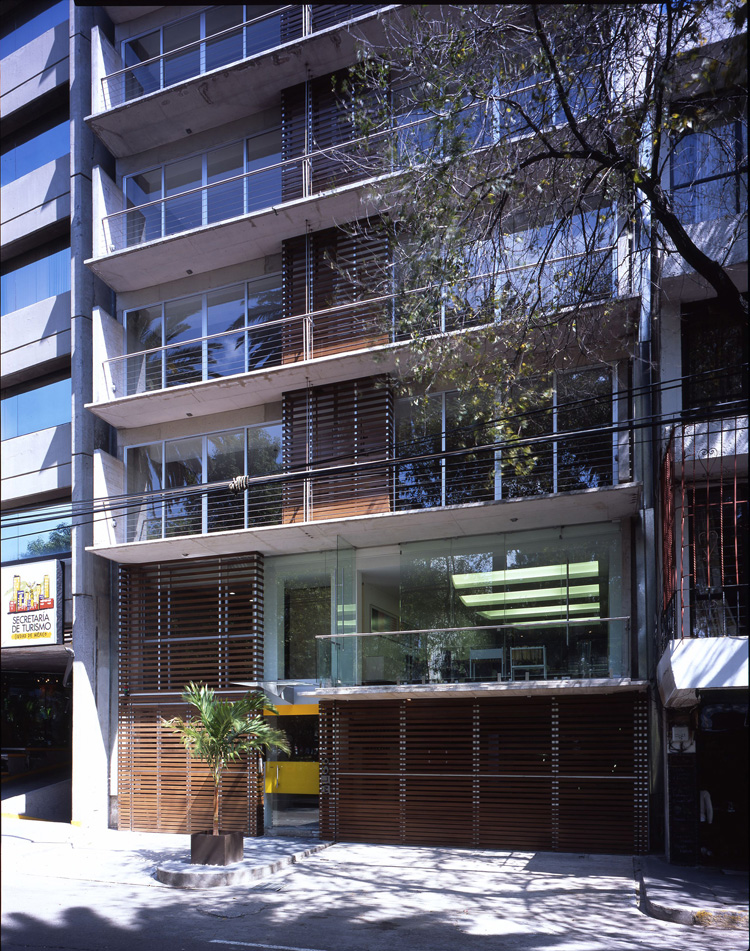 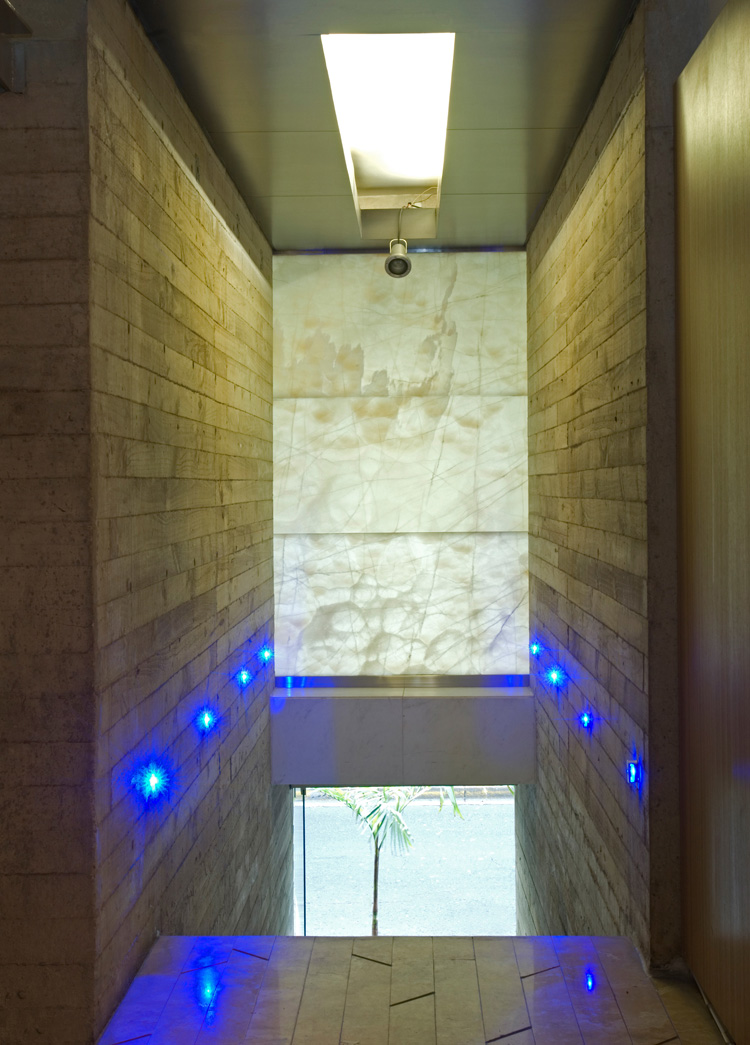 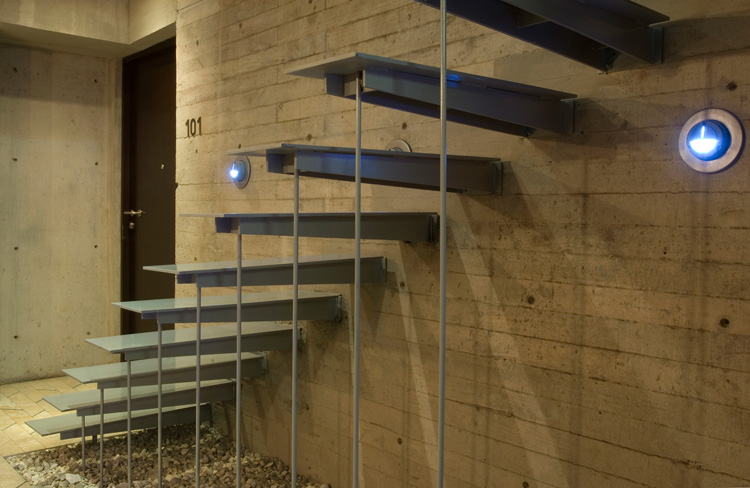 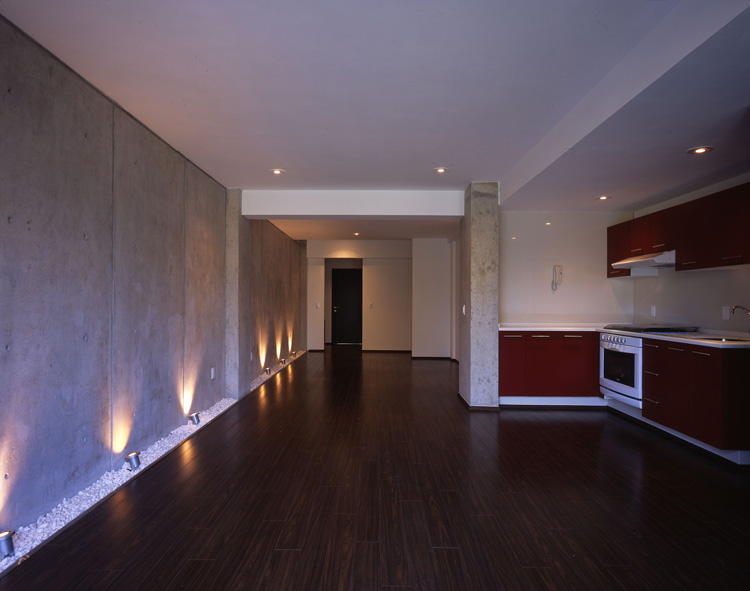 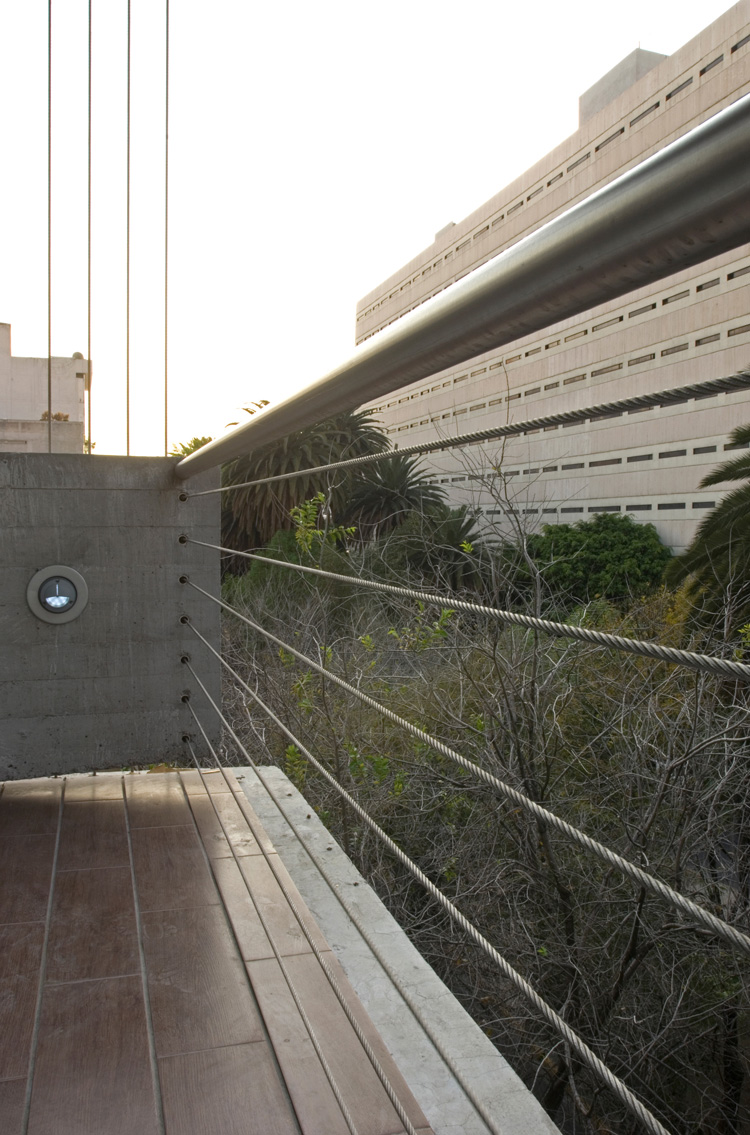 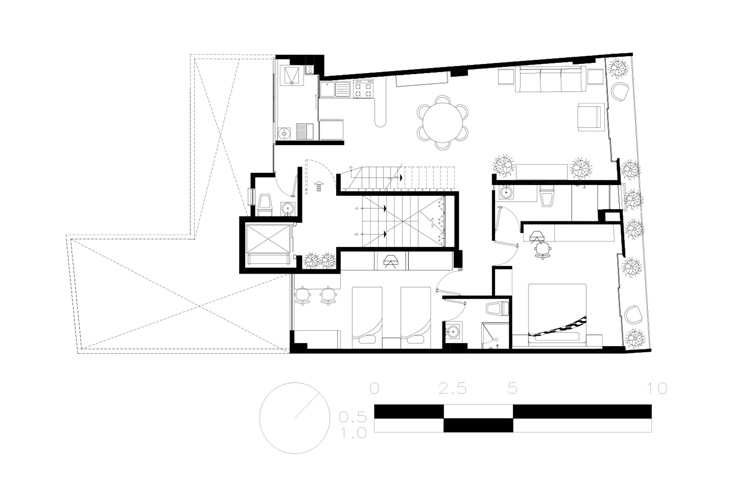 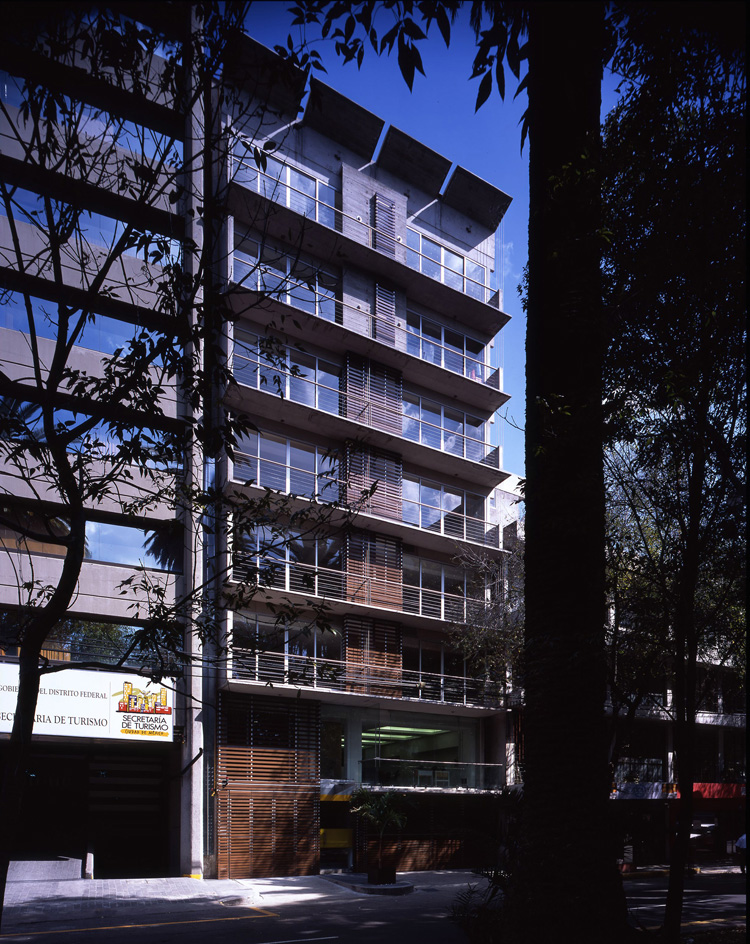 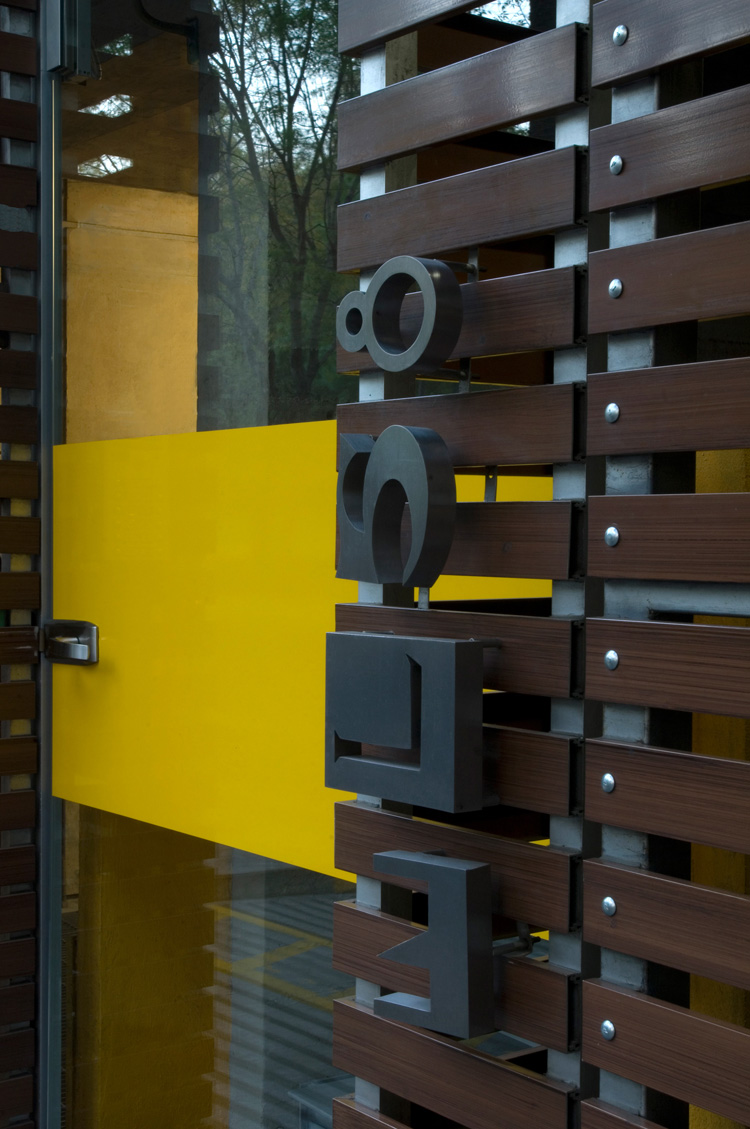 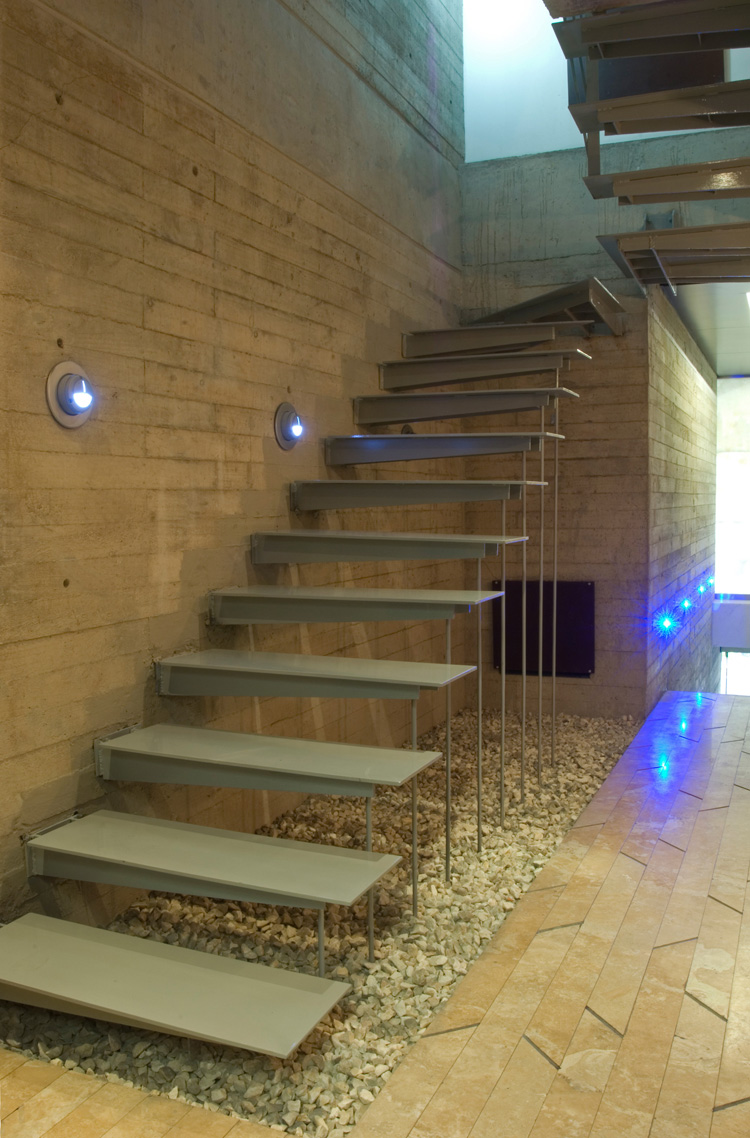 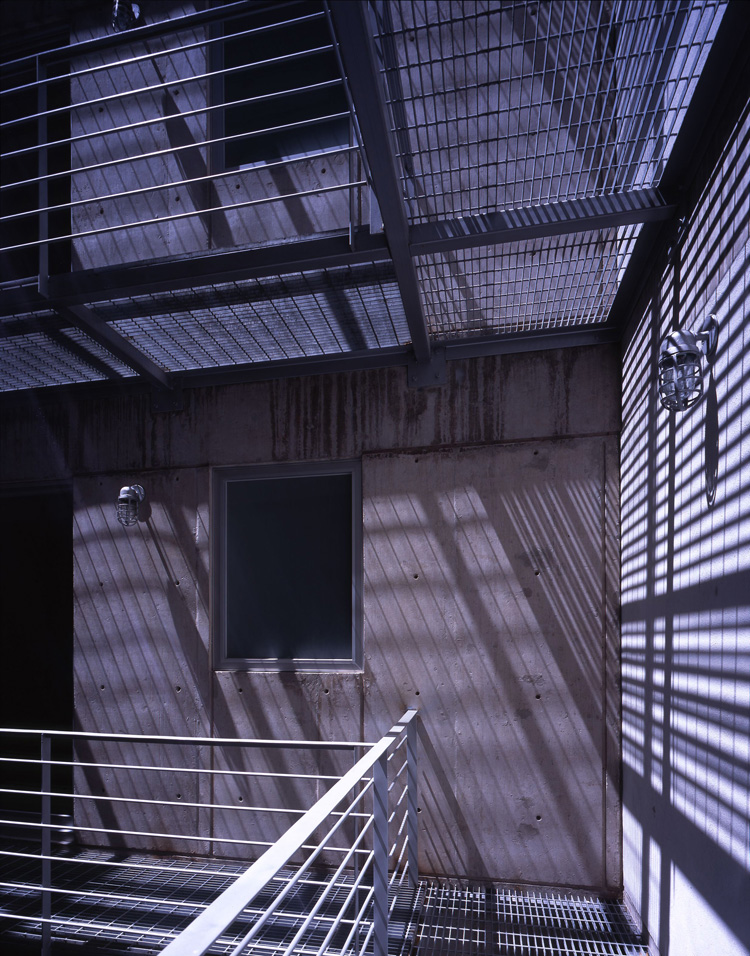 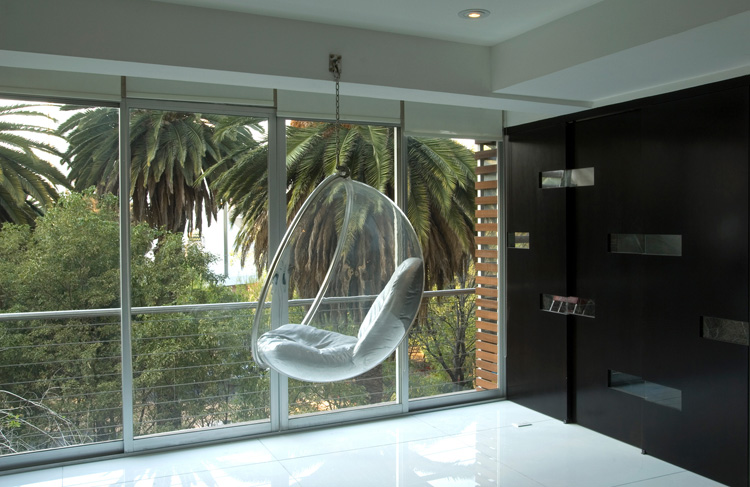 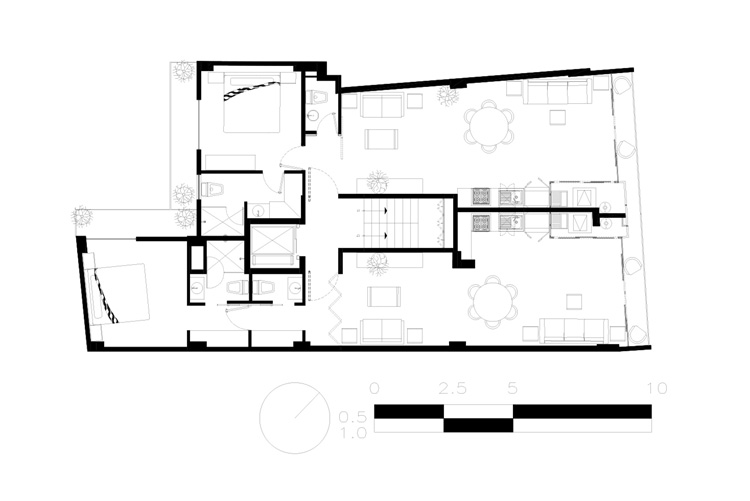 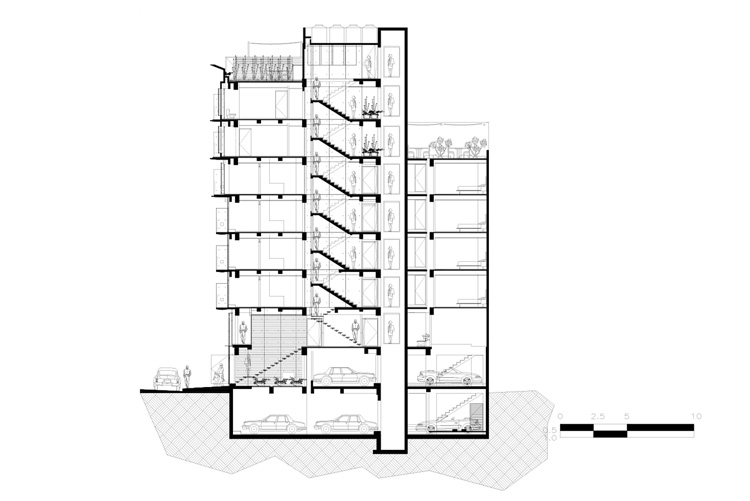