Mexico’s government—through its trade and investment promotion arm, ProMéxico—organized a national competition to design a draft project for Mexico’s pavilion at the Expo 2010 Shanghai China, held from 1st May to 31st October 2010.

This was an open competition for architects to submit their draft project for Mexico’s pavilion in Shanghai. The competition rules required the project not only to be an architectural design but also to be a proposal to develop the areas defined in the rules, in accordance with the Expo’s overall theme: “Better City, Better Life”.

The pavilion’s content, under the slogan “Better Life”, needed to refer to historic events in Mexico, the country’s cultural and wealth natural, and also the diversity of our cities and future outlook. The pavilion will need to show aspects of modern, cutting-edge design. 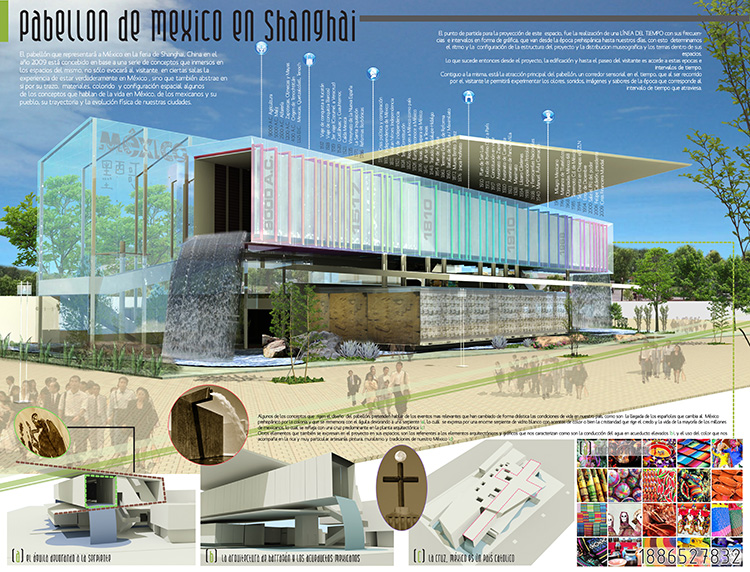