The Project originates from the intervention of a pre-existent building located in the western area of Mexico City, reshaping it into a home-office space, with clear conditions and an eye set into the pre-existing circumstances.

The design solution takes on a residential structure from the second half of the 20th century and recycles it into a project that integrates with its immediate natural environment, shattering the hegemony of the high walls behind which the neighboring houses hide, in order to establish a dialogue that transcends the physical limitations of the project.

The variations in the depths of different planes, offer the environment a living façade, where the interior activity is guessed from the visual filters that concede intimacy to the interior spaces.

The interior-exterior duality breaks its context’s routine, offeringa canvasof textures where the concrete and granite give way to the mildness of the metal and the lightness of plastic fabrics.

To the exterior the housing peeks out without invading; whilst opening in the interior, subtlety exposing itself, balancing the volumes that are inserted in the territory.

An interplay of planes occurs inside allowing the versatility of spaces by the movement of long-distance sliding screens and wainscots formed by timber that contrast in warmth and complexity with the sobriety of the stone coatings and apparent concrete of the enclosures.

A new stairway, based on steel strips, reactivates the space where the old one stood, which gave an opportunity to re signify the ambiance of the circulations as an experience of sculptural character.

The front yard of the house marks the limits of the construction and together with the water mirrors and vegetation orient the route beneath a suspended long cover. The architectural program revolves around the home in the ground floor, leaving the studio in a privileged condition towards the garden. The living spaces in the first level have terraces and views to the exterior between and through a façade woven of plastic cables that sieve and melt together with the thick vegetation of the existing trees. The terraces and windows allow for optimal ventilation, illumination and contextualization between the exterior and interior. In the top level, the project offers a view above itself and of the wooded horizon from a roof garden that elevates to a higher plane the introspection, belonging and pertinence of itself. 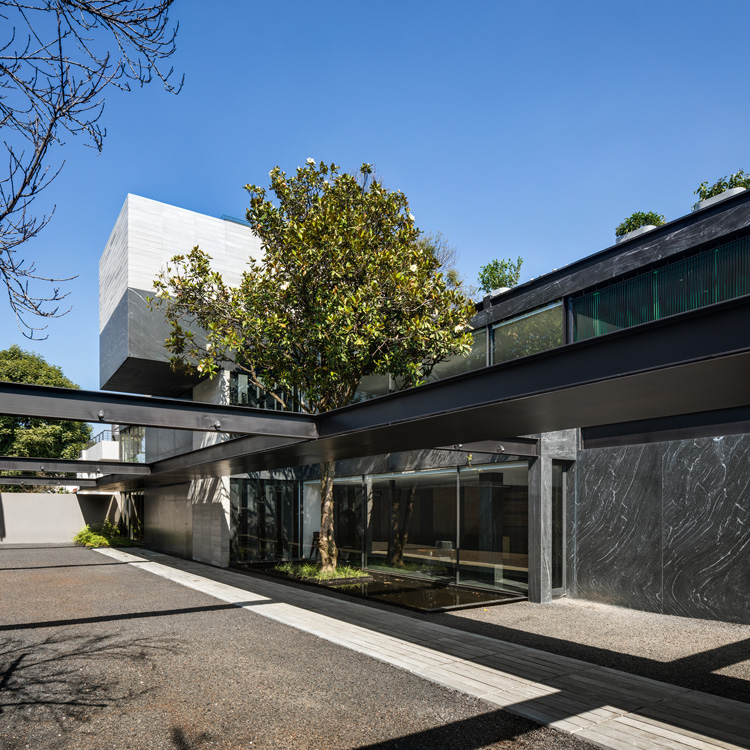 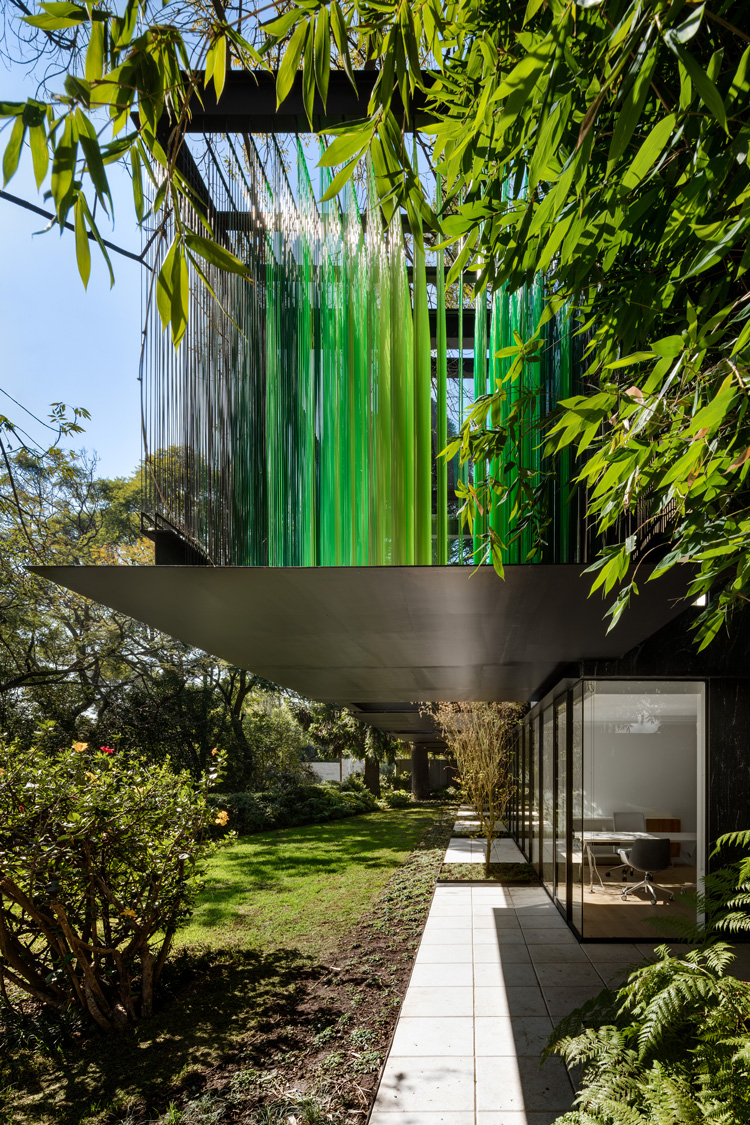 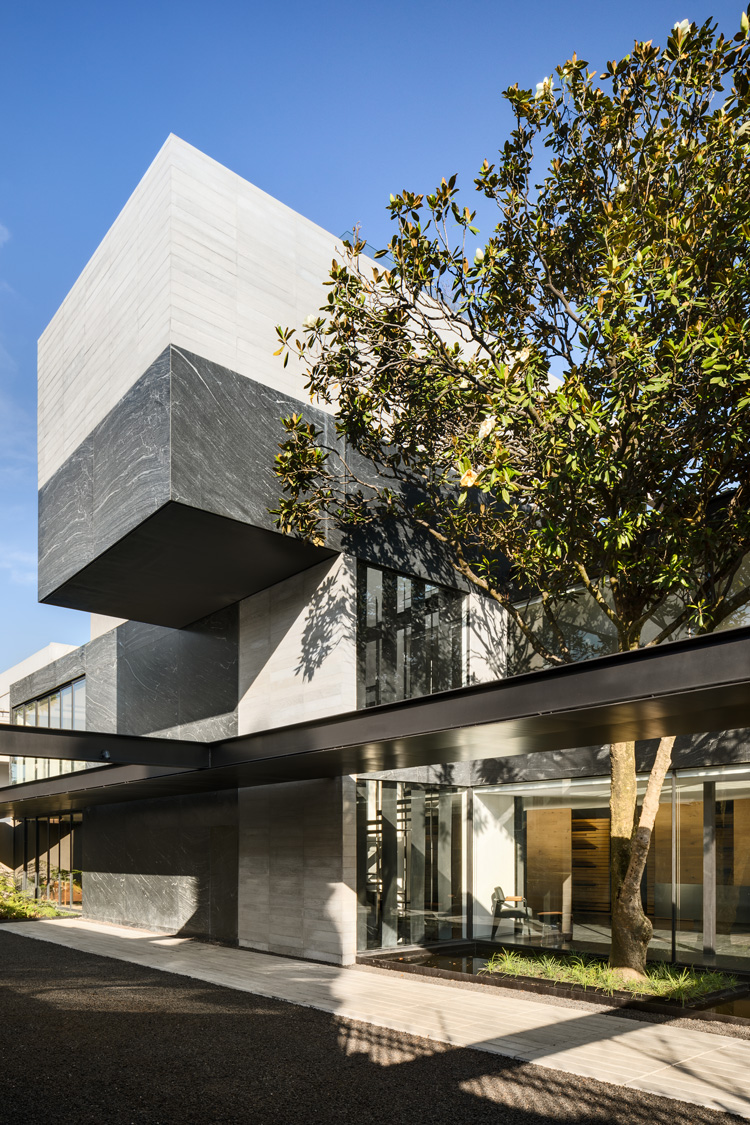 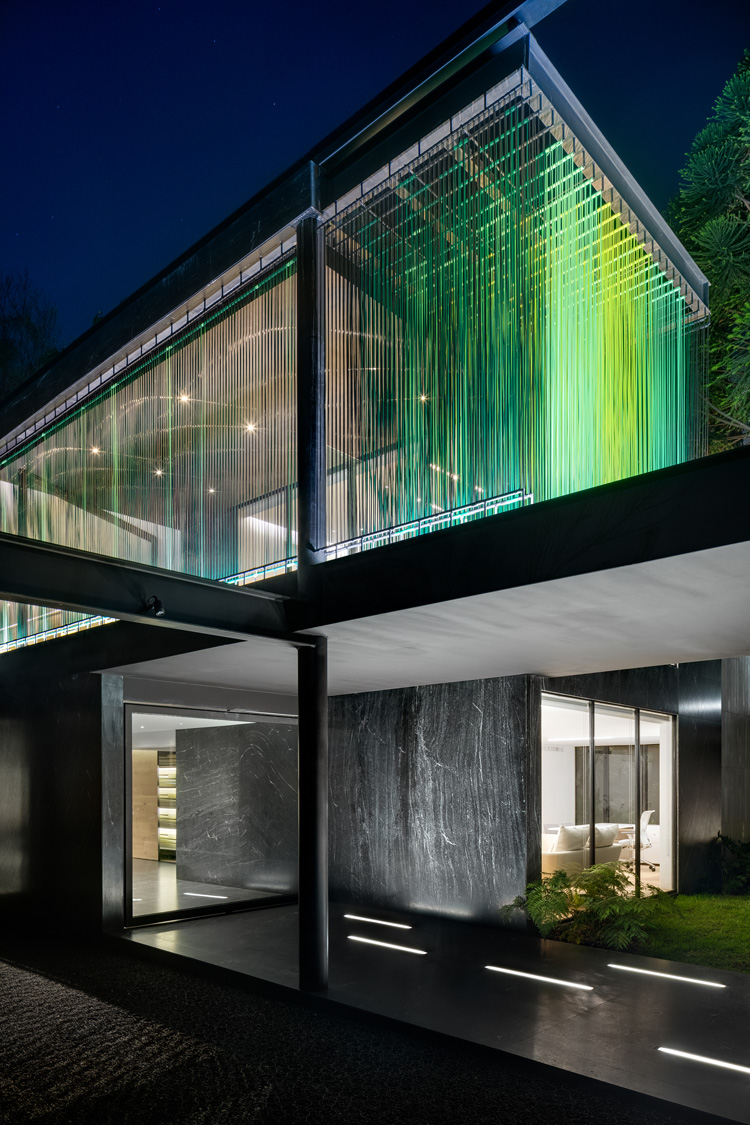 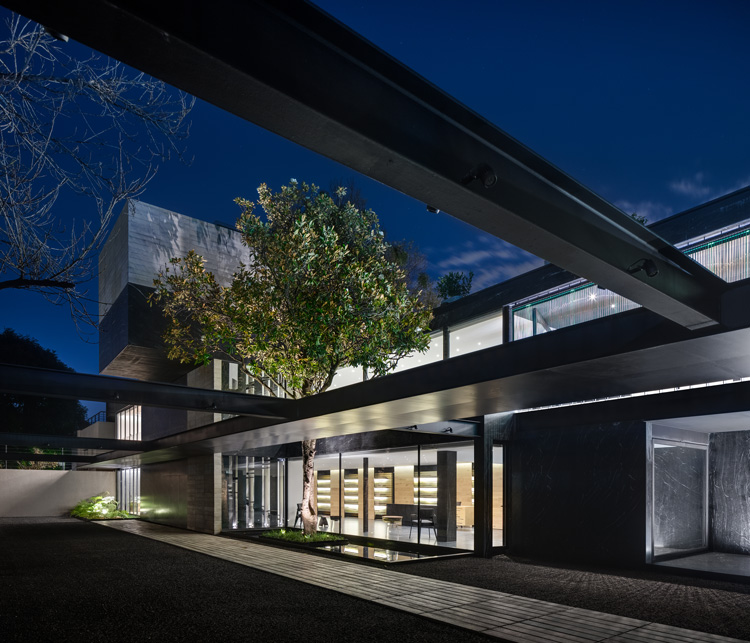 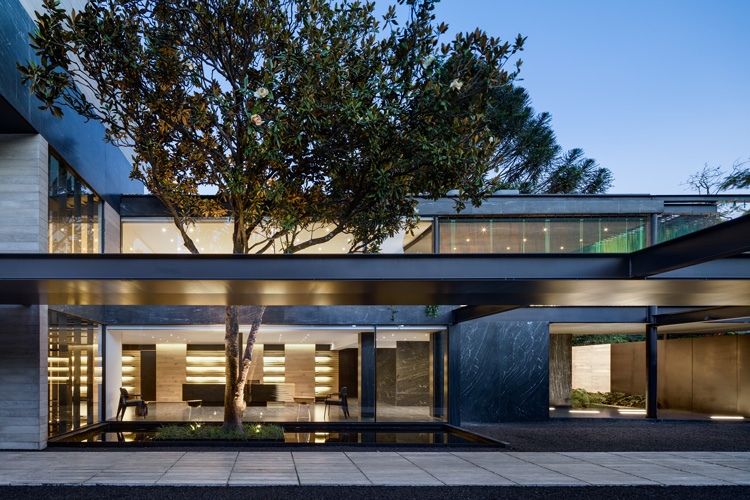 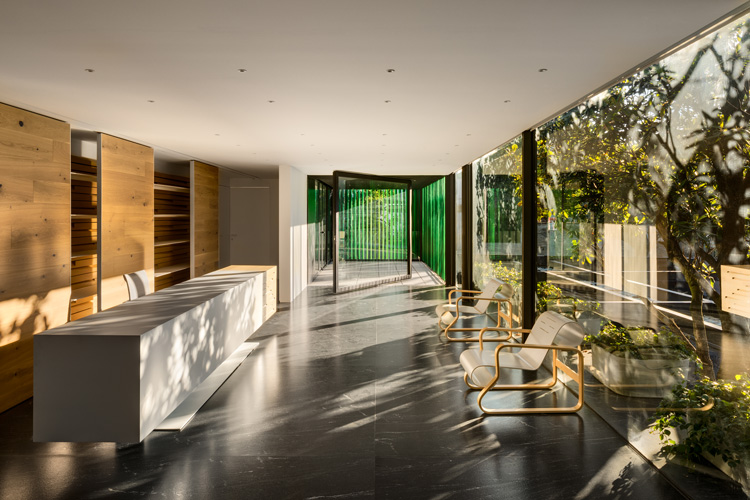 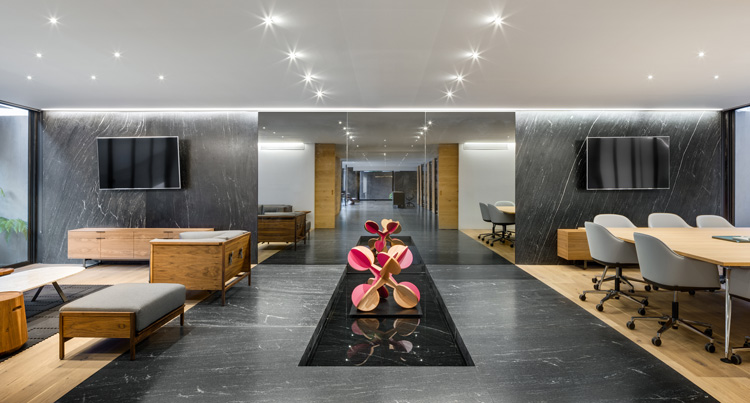 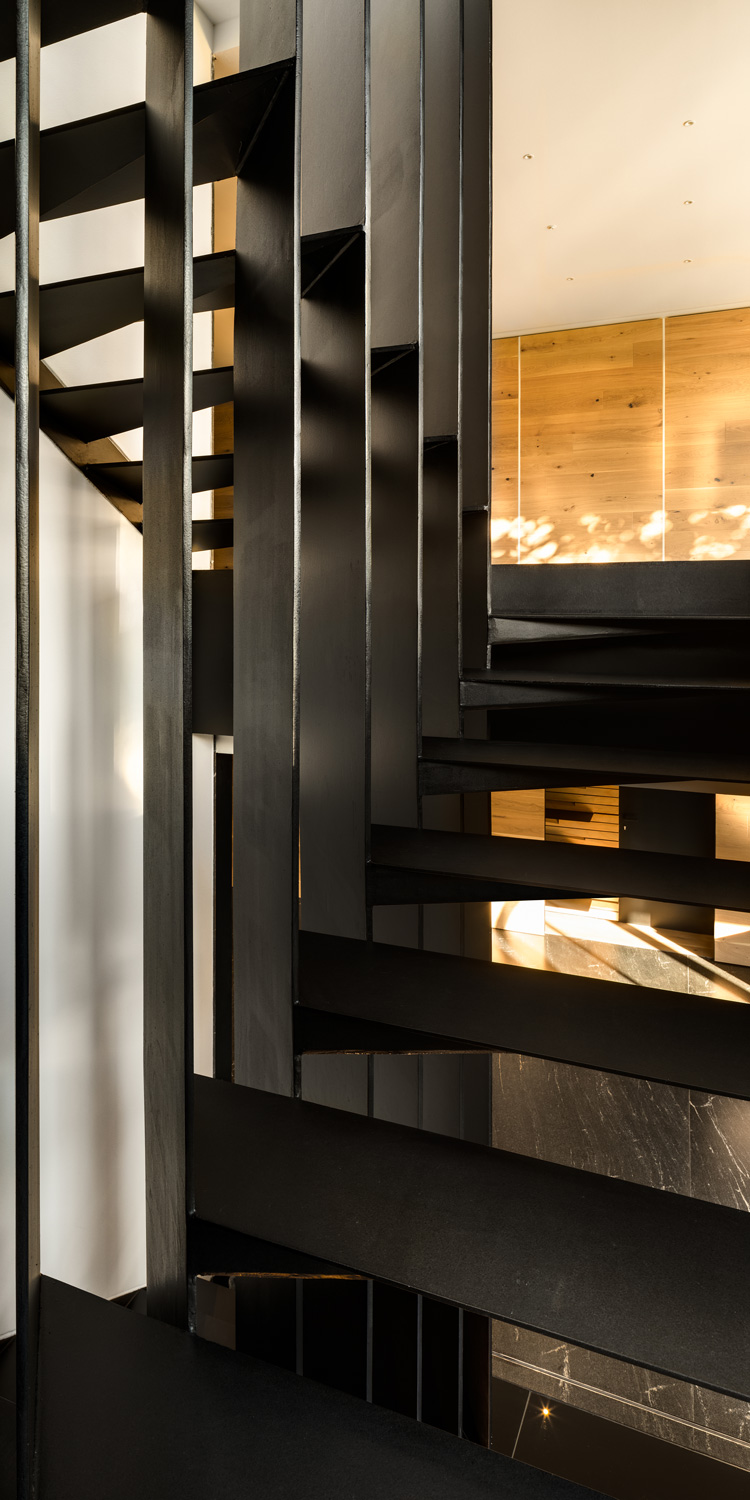 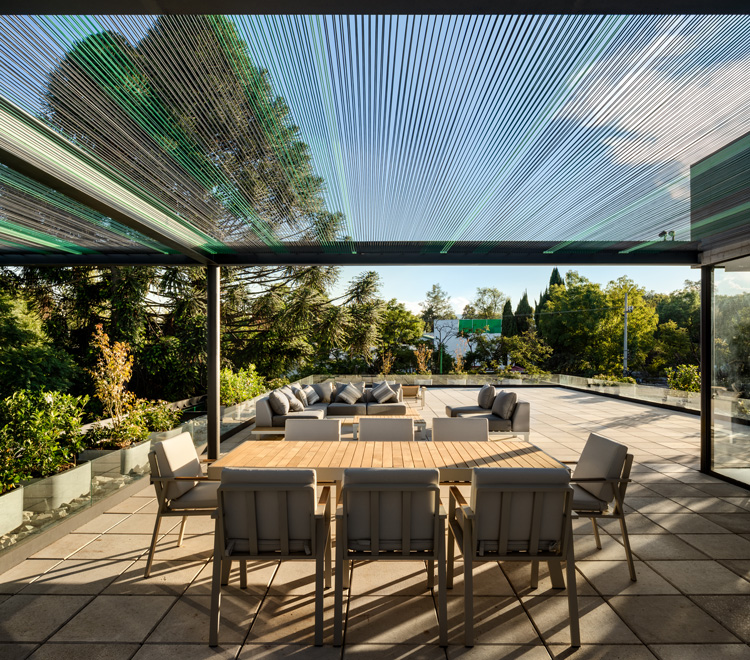 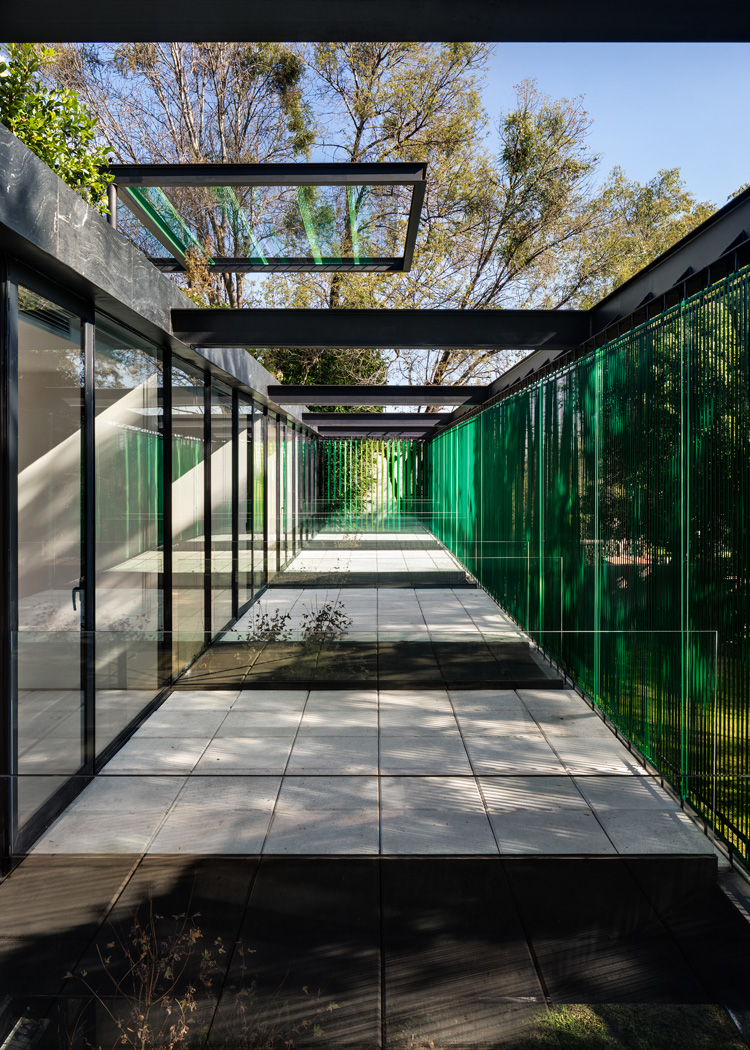 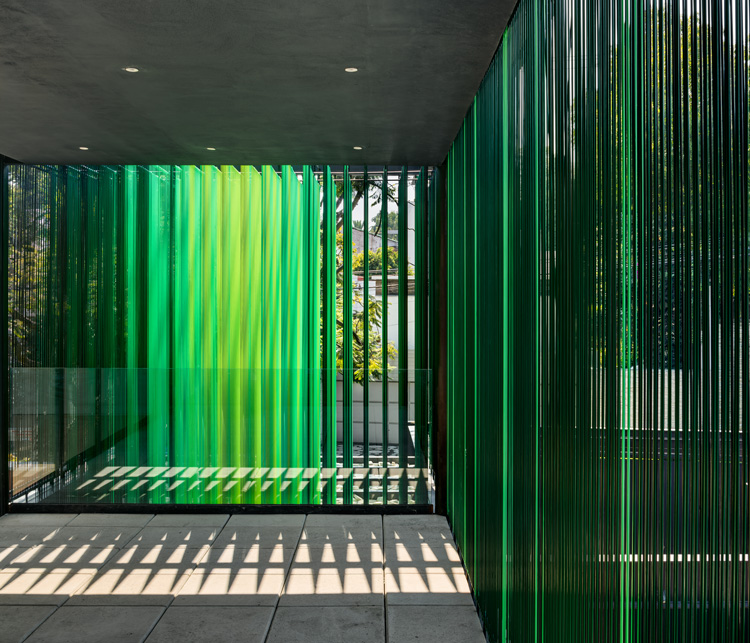 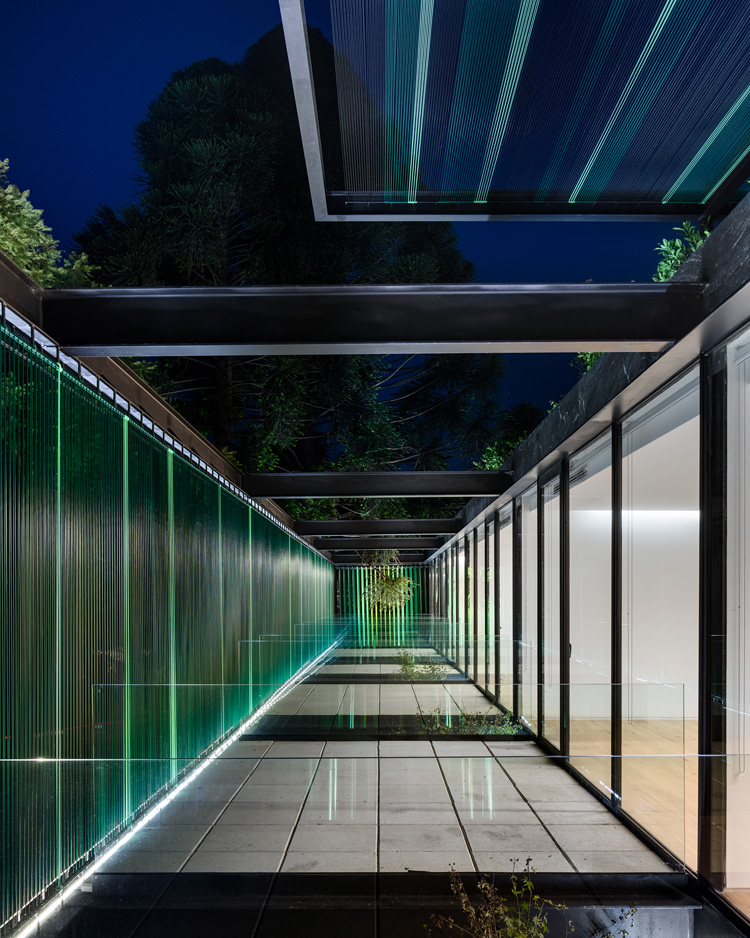 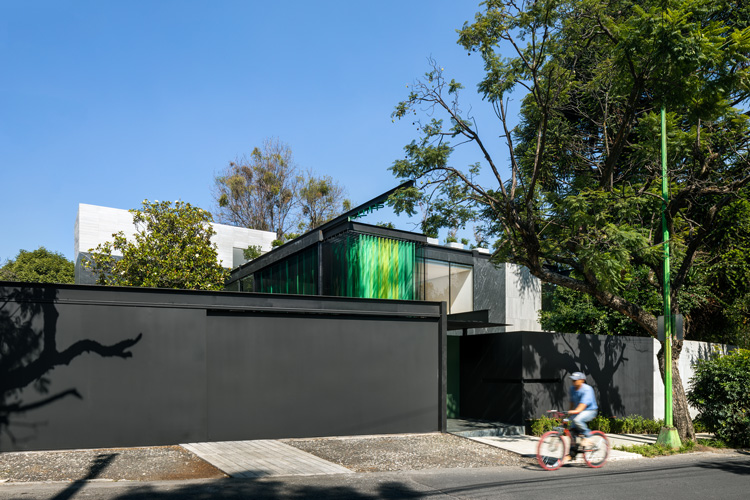 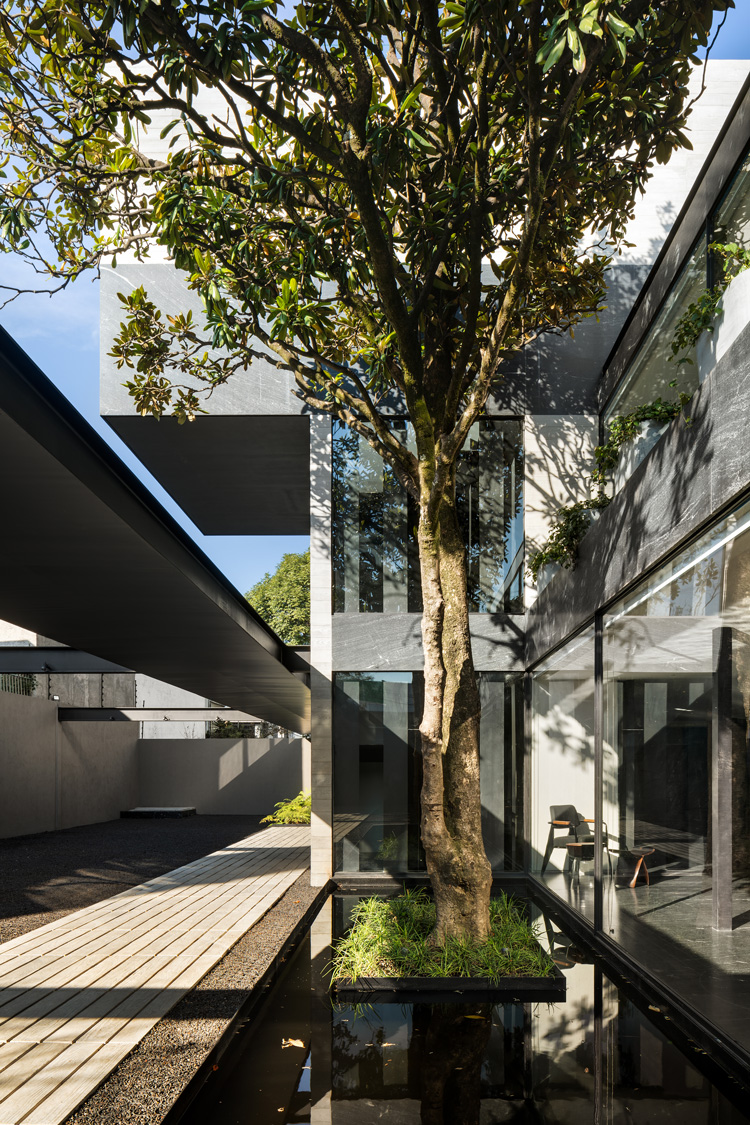 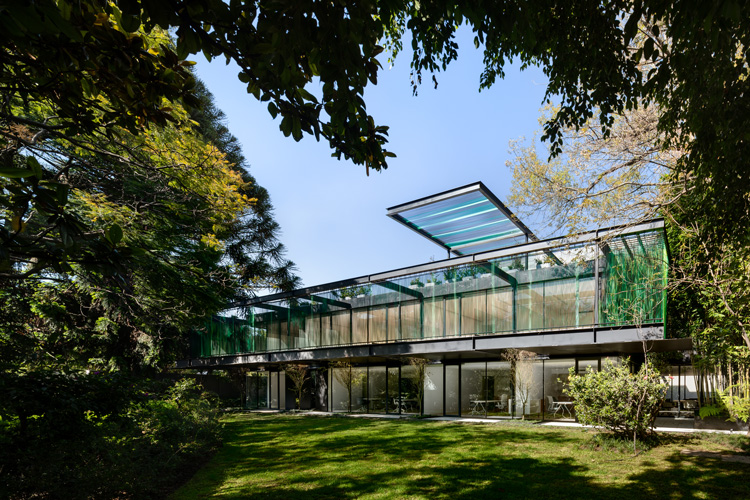 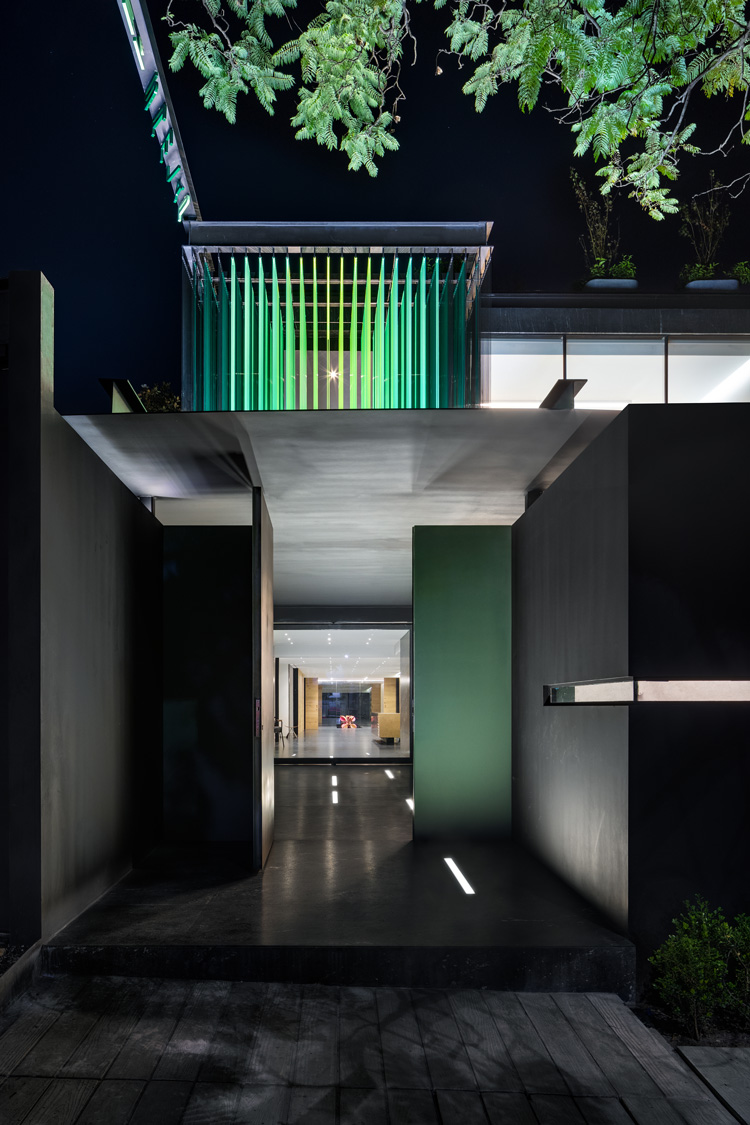 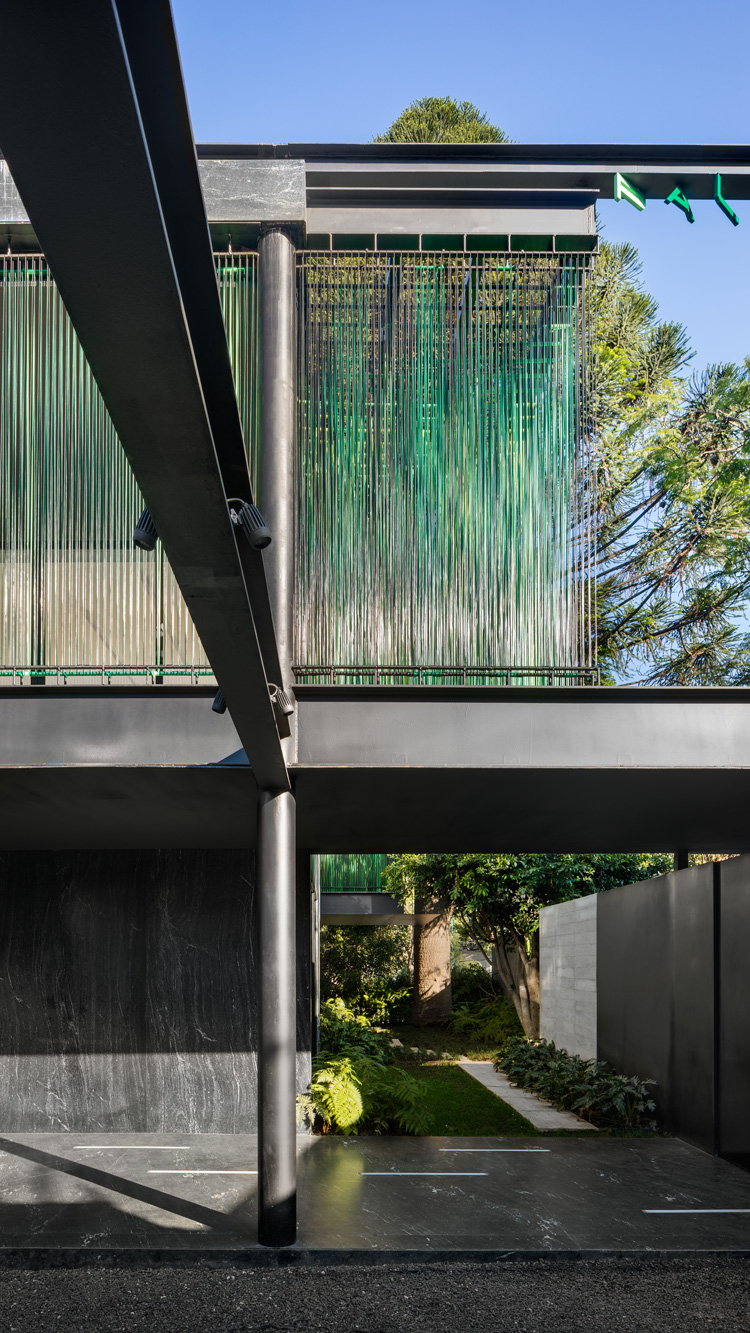 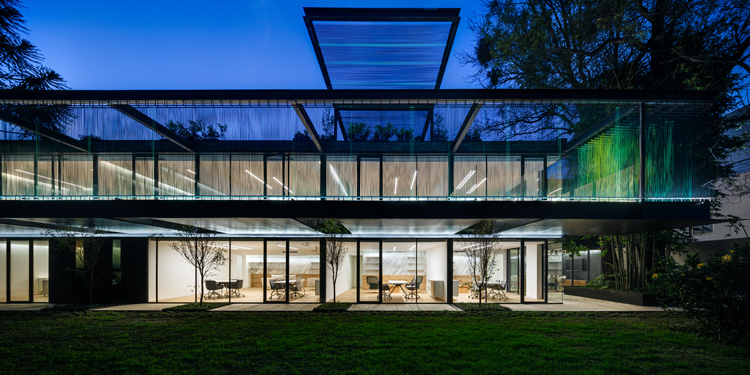 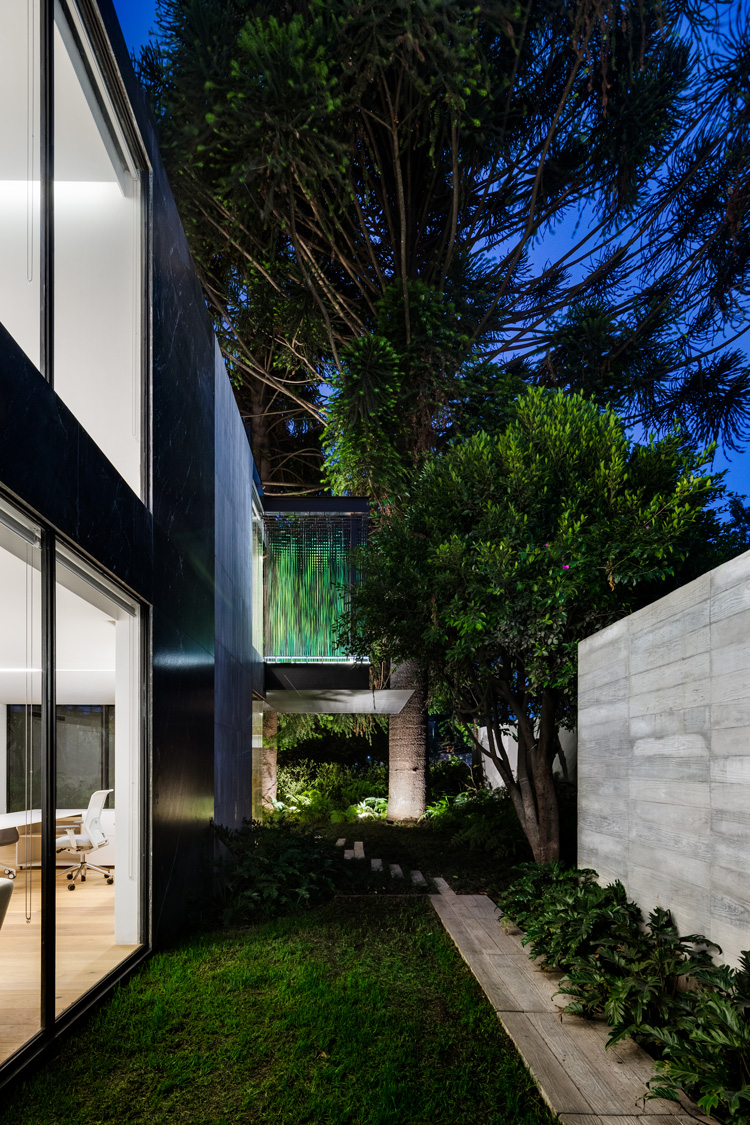 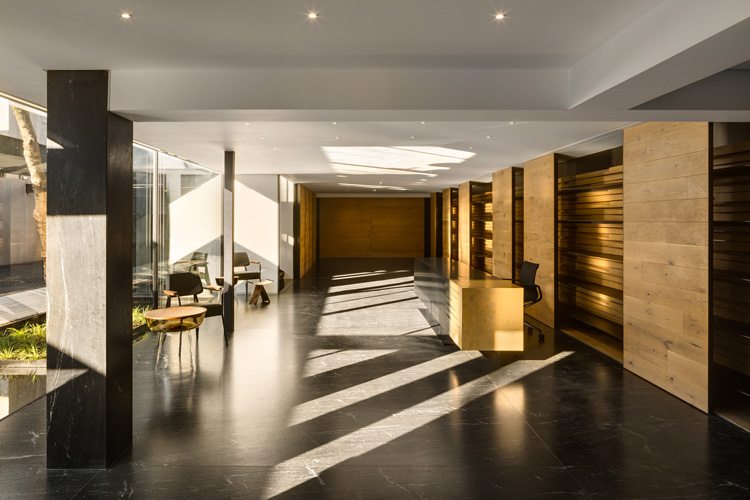 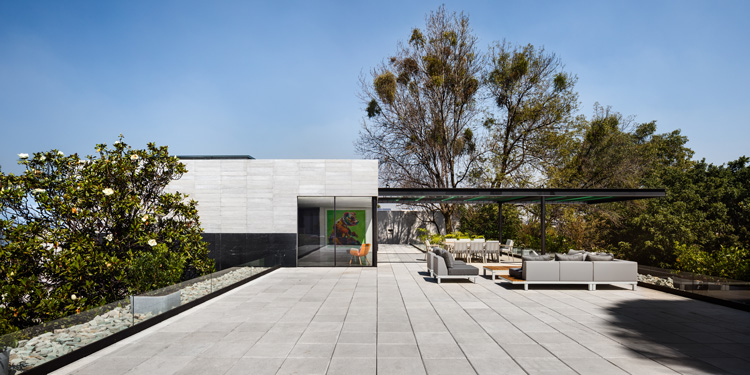 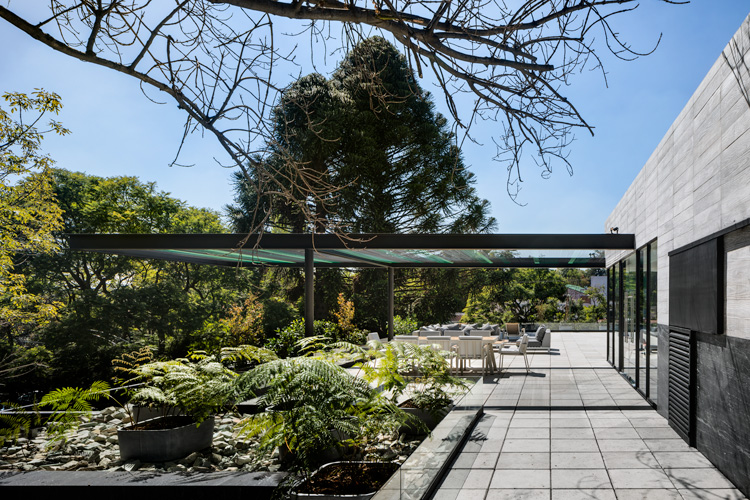 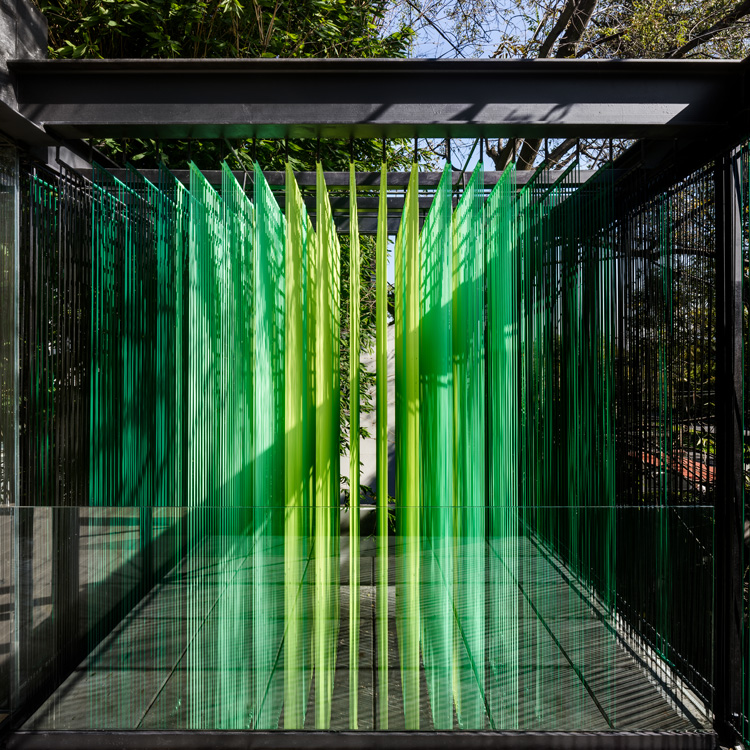