This project, housing 17 apartments, is located in the heart of Lomas de Chapultepec, with its back to the Avenida Palmas.

Because of the rectangular configuration of the property and the zoning regulations, the small units were placed in pairs at the rear of the lot. In the center and at the front, depending on how one approaches the street, the units increase in size. The project is articulated in two independent blocks, a solution which takes into account the side of the building which projects out on five floors and functions as a passage from the lobby to the back block.

The principal façade is a large prism that, because of its geometry parallel to the street and its corbel on the left side, looks as if it were floating above the lot—an effect achieved by the slabs on the first and last floors being laid like thin horizontal cards. To make the volume feel like a single body, a wood screen with horizontal lines was designed, which splits into two to create effects of light and shadow, generating freer interior views where it makes the most sense.

Two concrete balconies were designed to accompany this geometry, thus dressing up the composition and volume. The skin of the main façade is suspended before arriving at the crest of the building, giving priority to the larger units equipped with a double-height space overlooking the street. On the last floor, the windows break the continuity of the skin with lines in various directions, housing a space whose solid concrete finish confers it with anideal proportion to each volume.

The indirect lighting makes it so that the empty spaces between the clamps and concrete planes and the space between the skin and the windows look different at night and during the day. 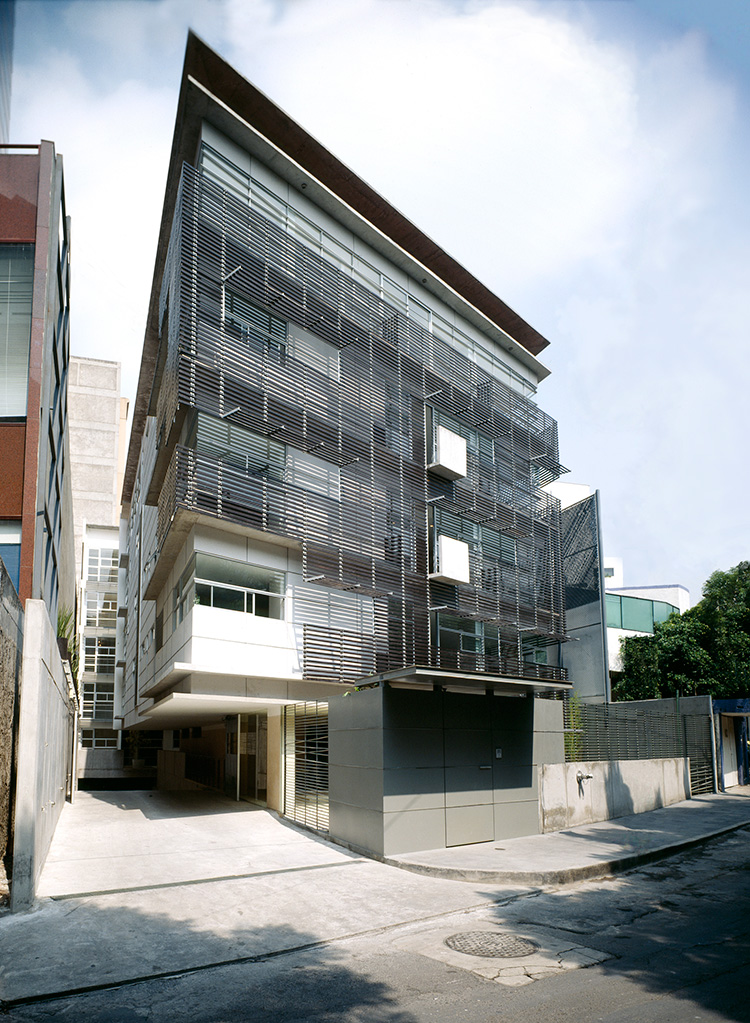 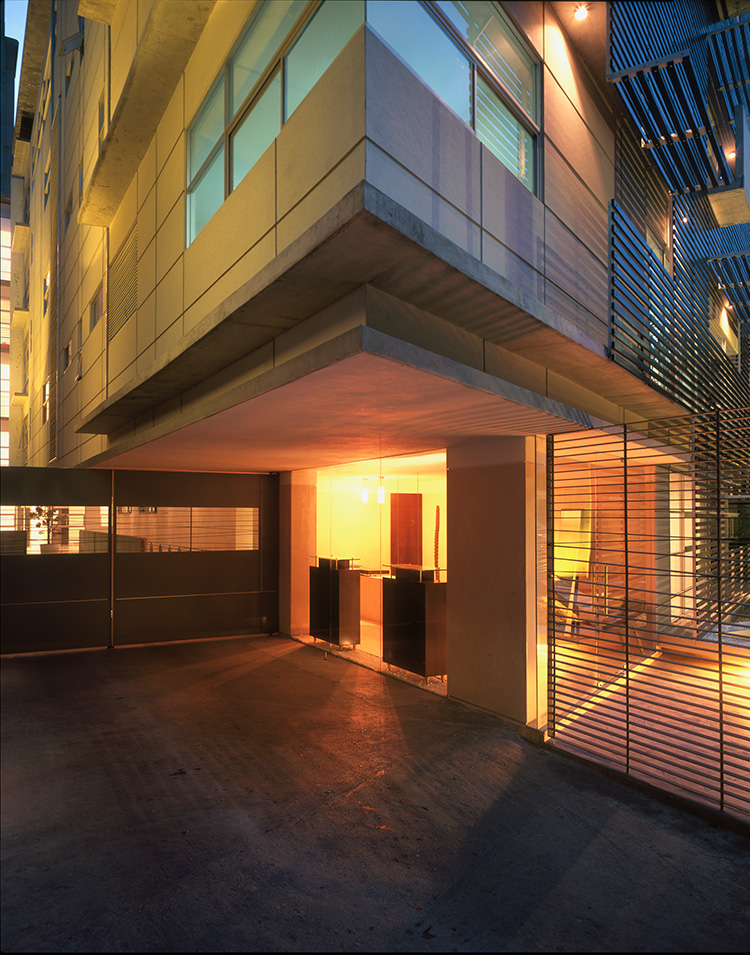 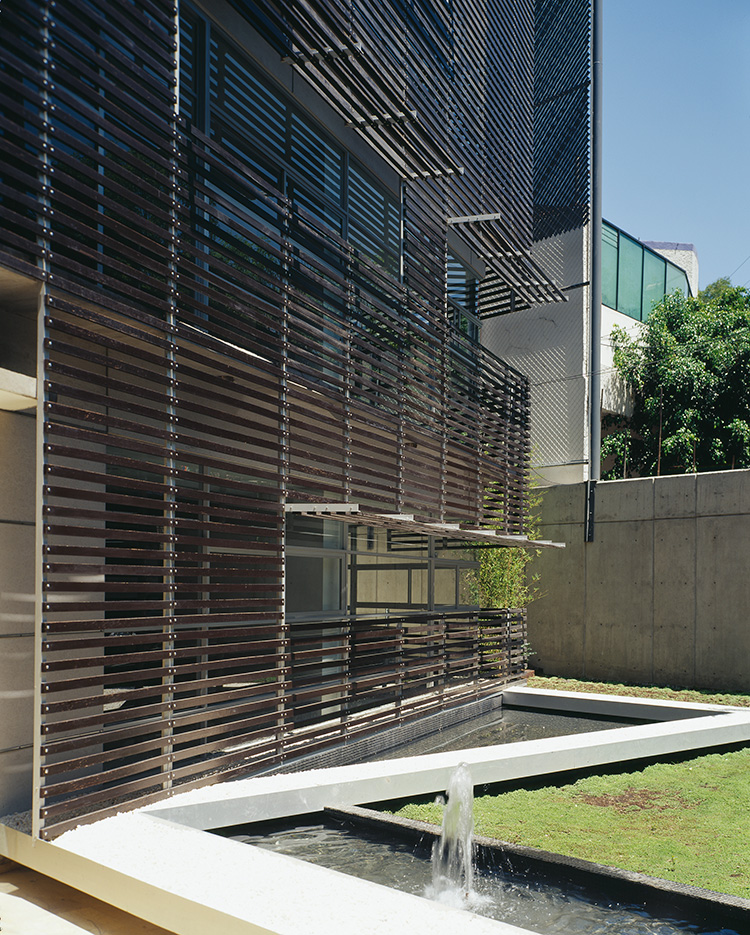 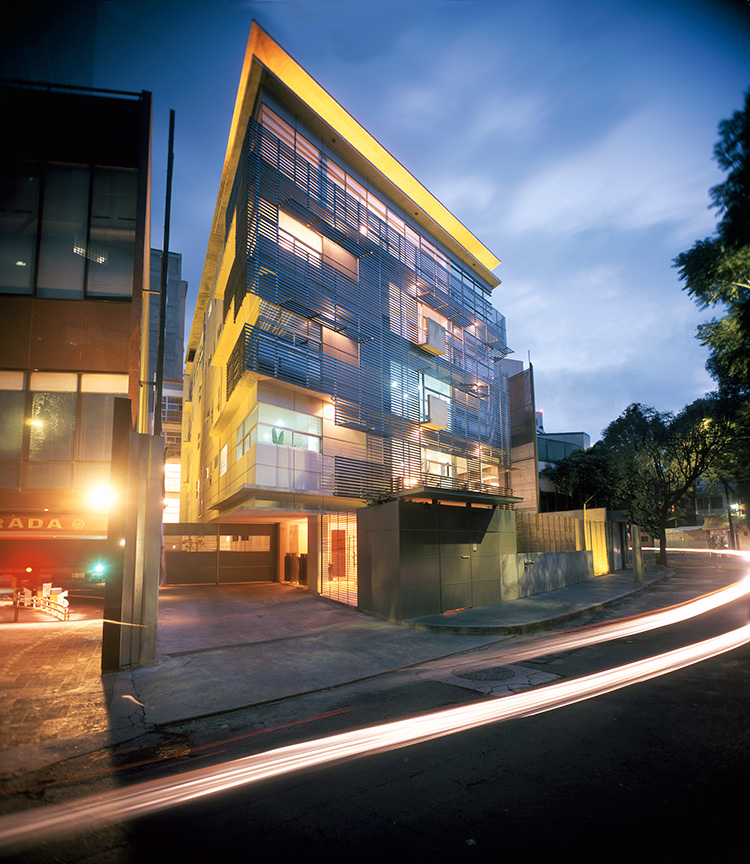 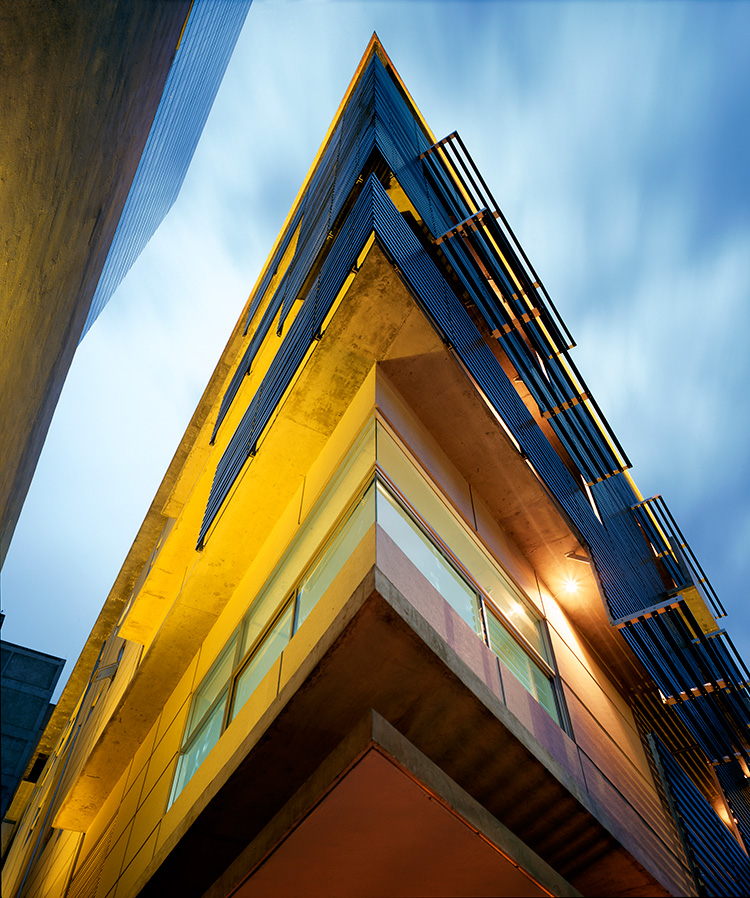 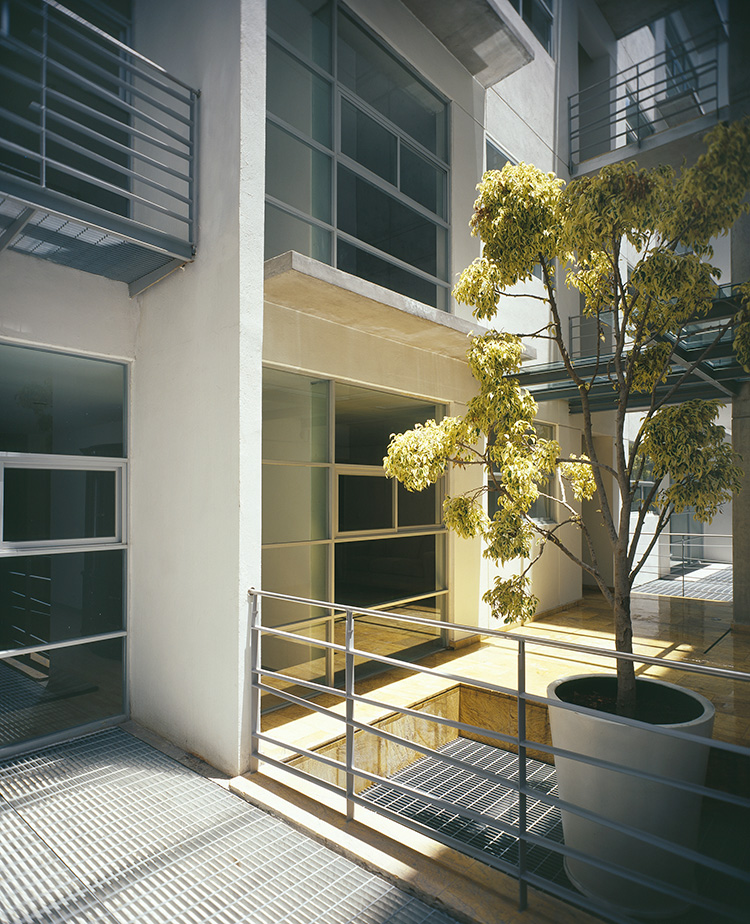