The project seeks to restore and make the most of this part of the city that has long been a cultural, artistic, urban and social hub. The project consists of two buildings facing toward the Glorieta, utilizing a property that was orphaned after the remodeling and restructuring of this area that is a distributor for many parts of the city.

The Acadamy seeks to form part of the daily urban activities that take place around the Glorieta Insurgentes, and to help stimulate the imaginations and creativity of young people wanting to work and develop their skills.

The architectural proposal for the academy is about promoting artistic work, publicly and academically, as well as provide residences for local and international artists.

Two buildings form the complex, one with 18 and the other 25 stories. One of the buildings faces directly onto the Glorieta and in over 21,000 square meters of built space it contains workshops, classrooms, auditoriums, dormitories, galleries, bars and terraces for recreational use.

Each building’s shape is informed by the surrounding context. Volumetrically, they are different to each other in order to meet the needs of their particular programs, regulations, geometries and climatic conditions.

The façades work with urban dynamics on the different frontages, the interior program and varying climatic conditions. By playing with these aspects and conditions, the façade created a relationship between both bodies, unifying the complex’s visual appearance.

The complex would not be possible without the local legal procedure called the “polígono de actuación”—a means of legally converting a property to be used for a different purpose than the one for which it was originally authorized—because the qualities of both buildings and properties were needed for the project to work, since neither of the two properties could be developed independently of the other. 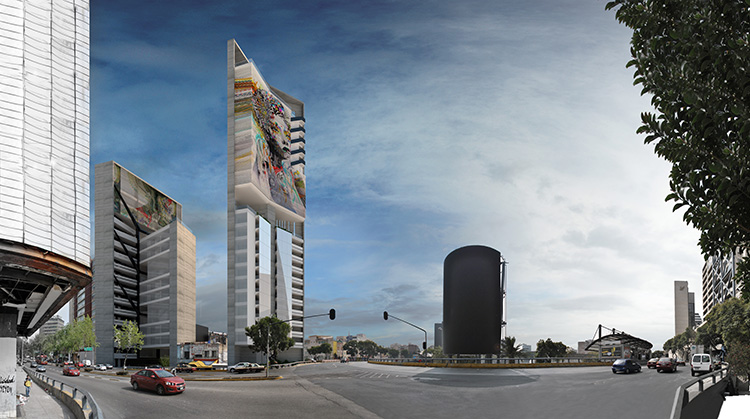 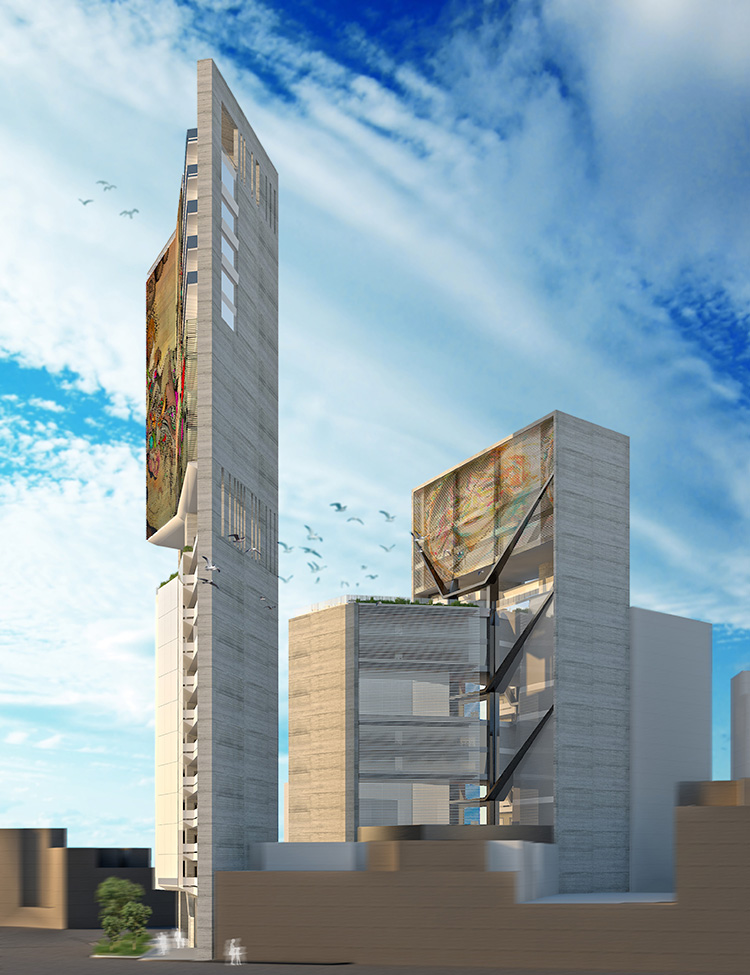 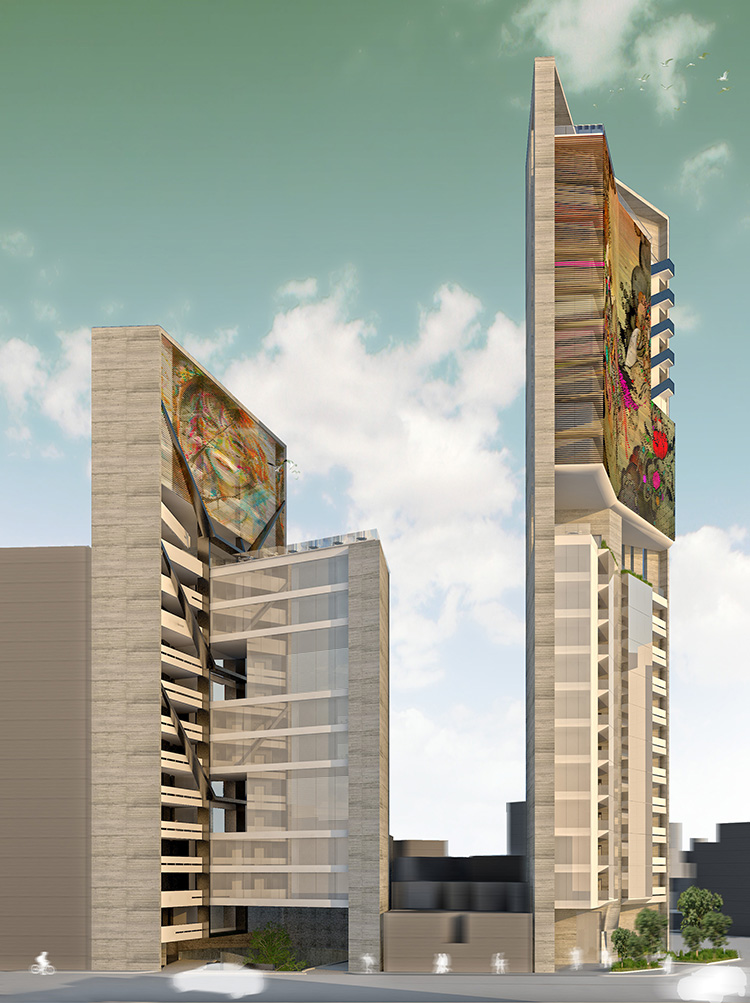 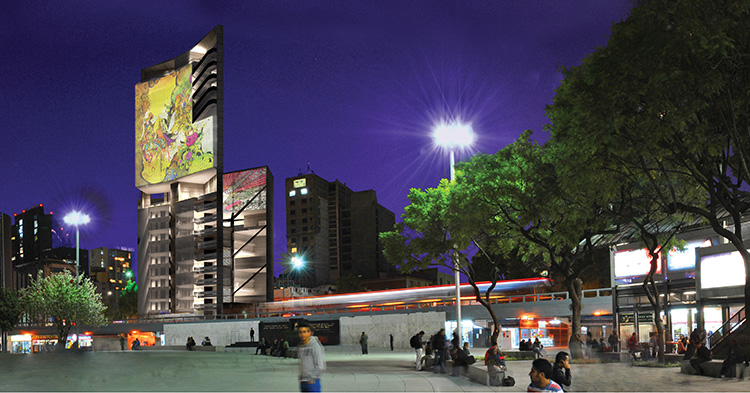 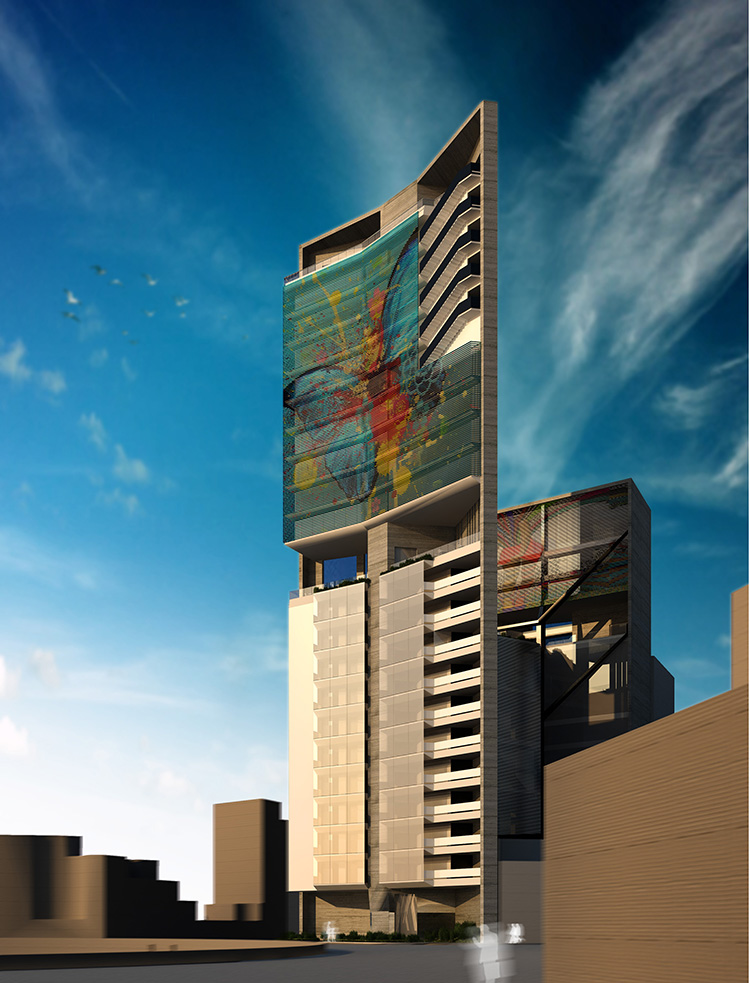