The analysis of the program—composed by six units on three floors —made it so that the project could be structured with a different solution on each floor: two penthouses with terraces and double height spaces, two intermediate units with interior patios and two units with a garden on the ground floor.

This approach created a central treed area that illuminates and ventilates the patios overlooking the boundaries that create continuity between interior and exterior forms. The sculptural character of this central nucleus is the result of a combination of concrete and other metal volumes. All of the units have a double façade —at the front and rear of the property— with a third on the exterior patio. The principal façade is based on two floating panels. The lateral walls appear suspended due to the disposition of the elevator cube and the manner in which it ends and is illuminated.

The stone finish on the wall helps contribute to this effect which is finished with a single, unturned sheet of rock, thus eliminating its thickness. These same panels wrap around the units along the terraces, resolving the proportion and conceptual coherence of the complex. The building transmits the same lightness in all of its components, with a subtle finish in the lines so as to minimize the thickness of the volume. This effect is accentuated at night, when the lighting makes itso that all of the bodies of the façade are perceived in different suspended planes. 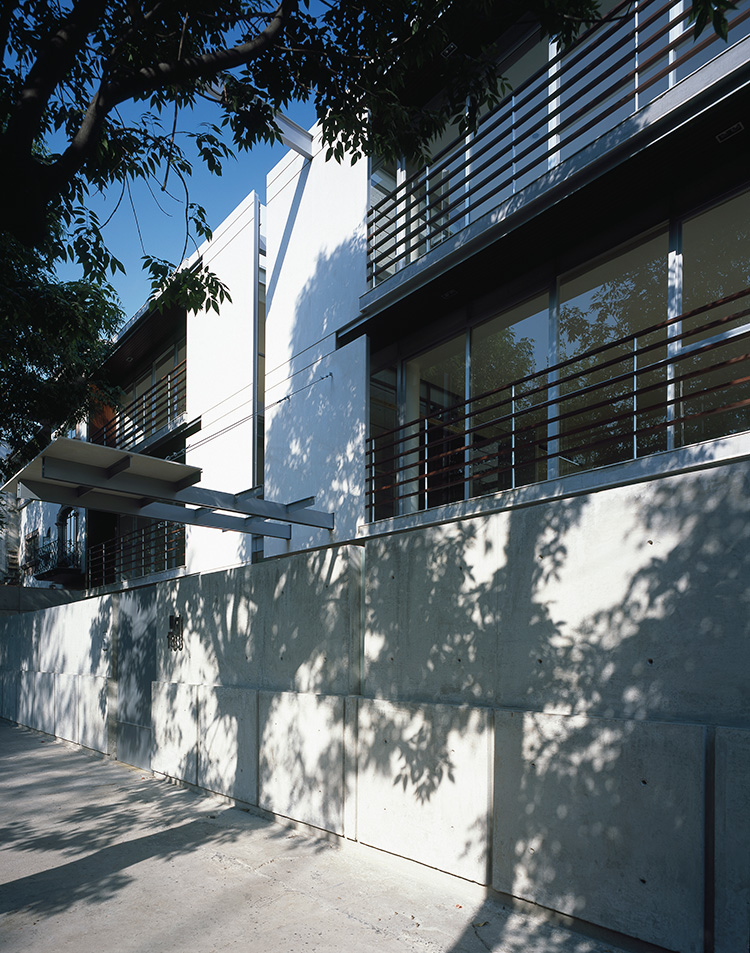 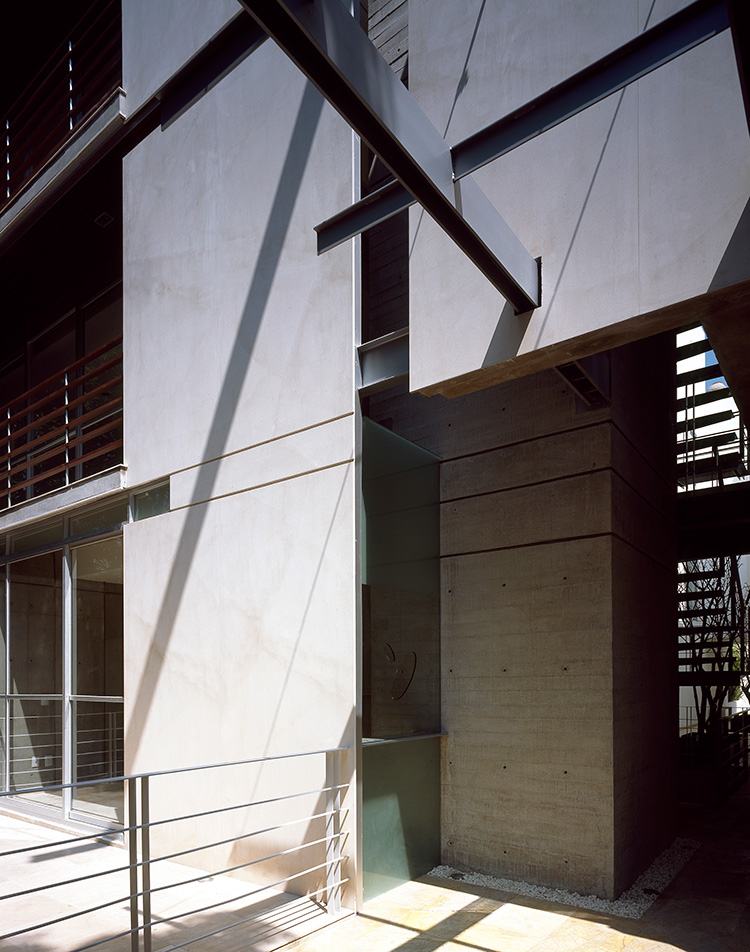 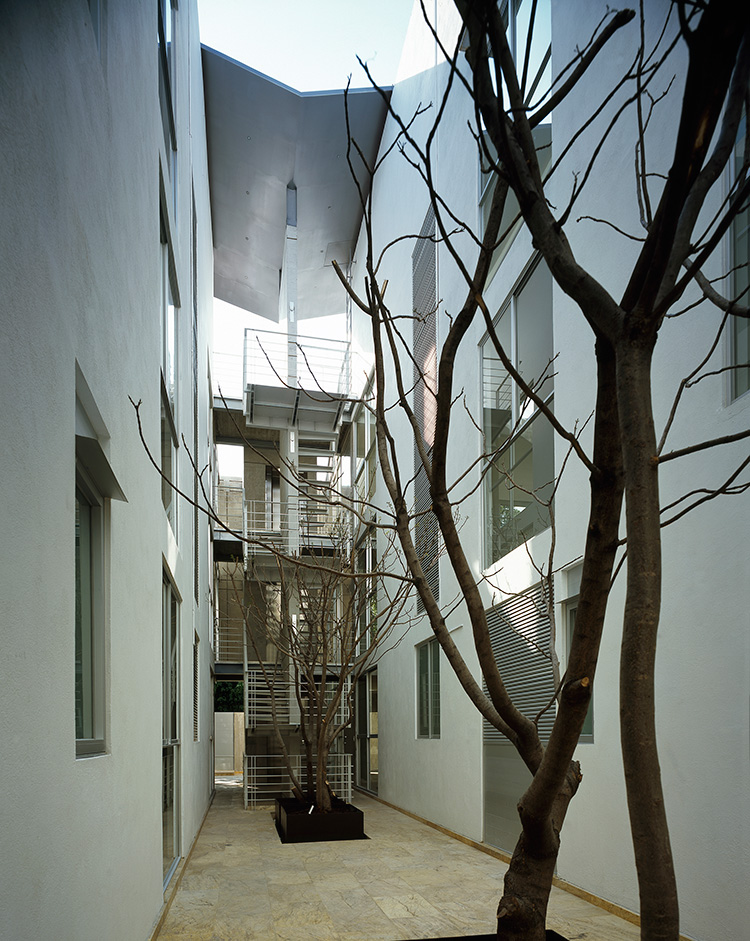 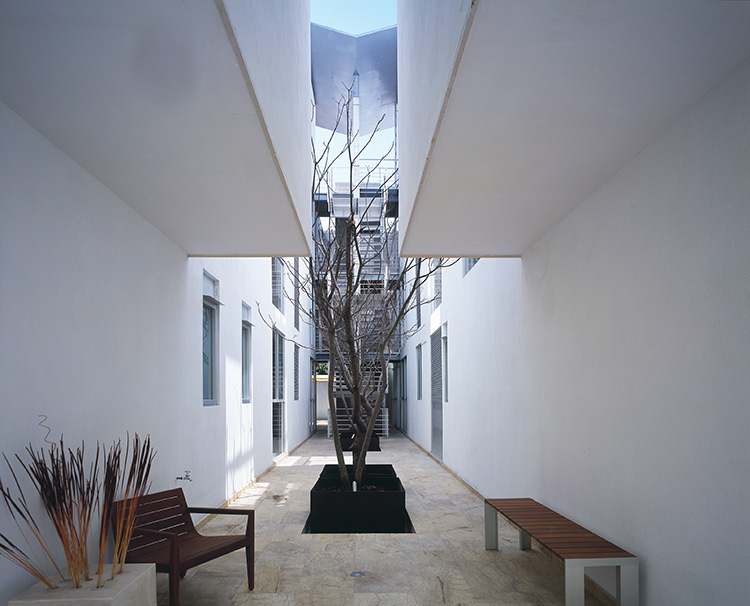 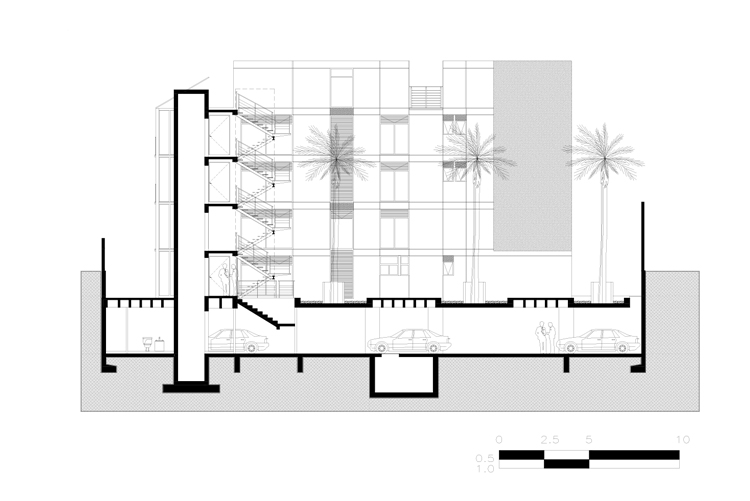 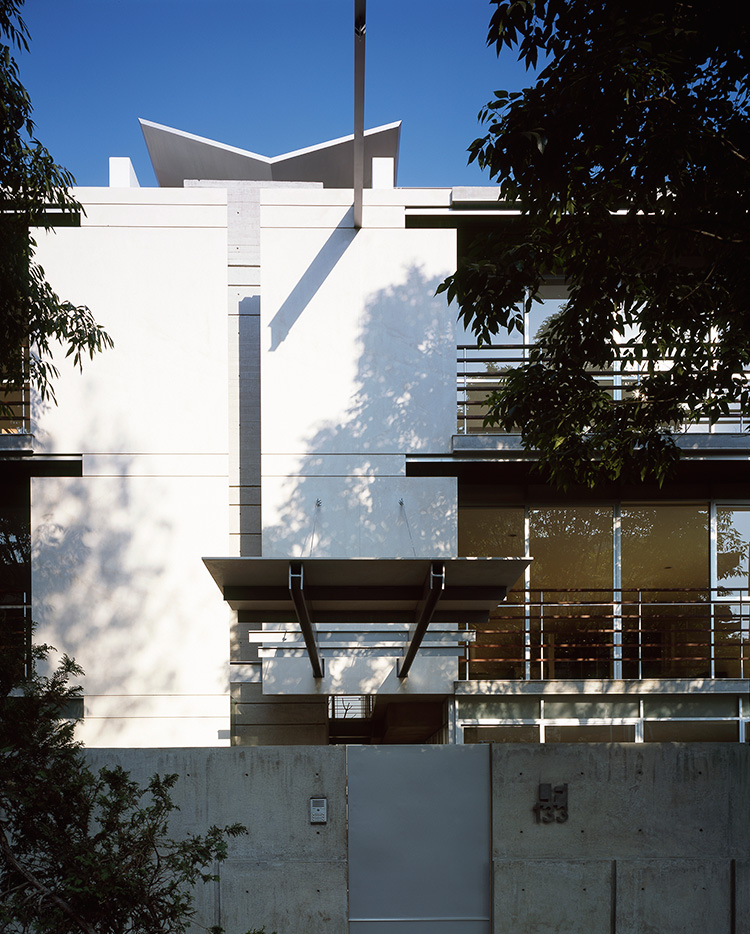 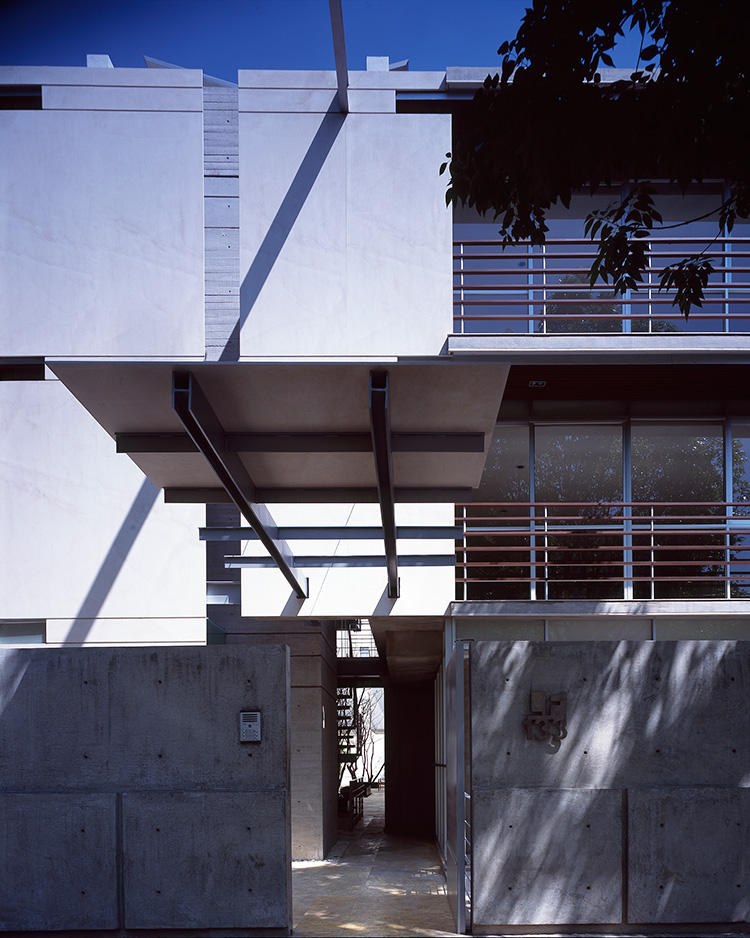 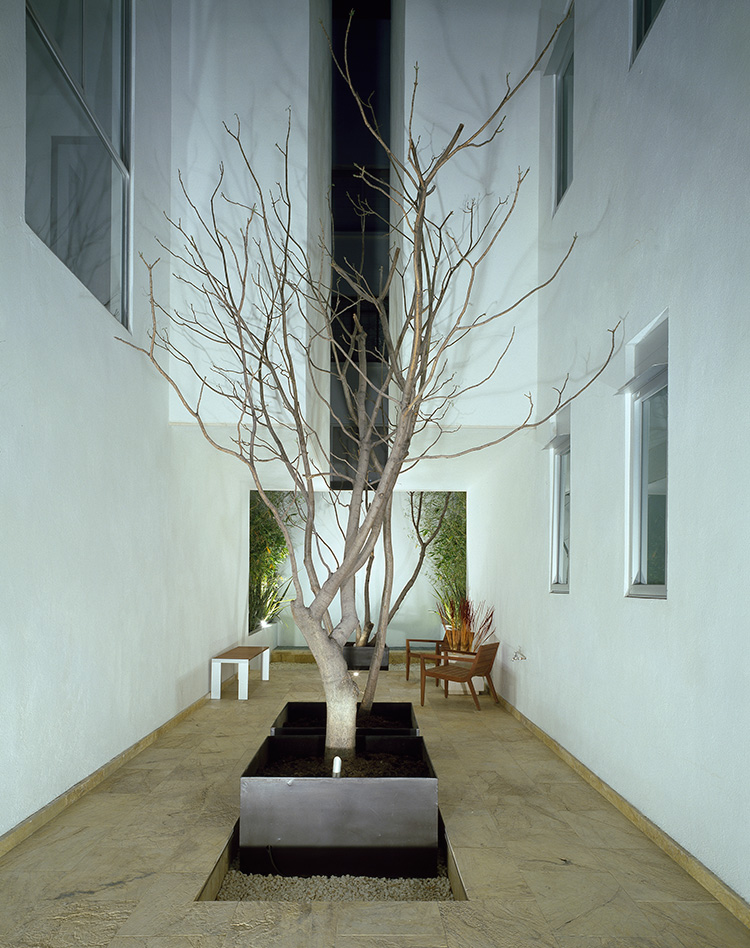 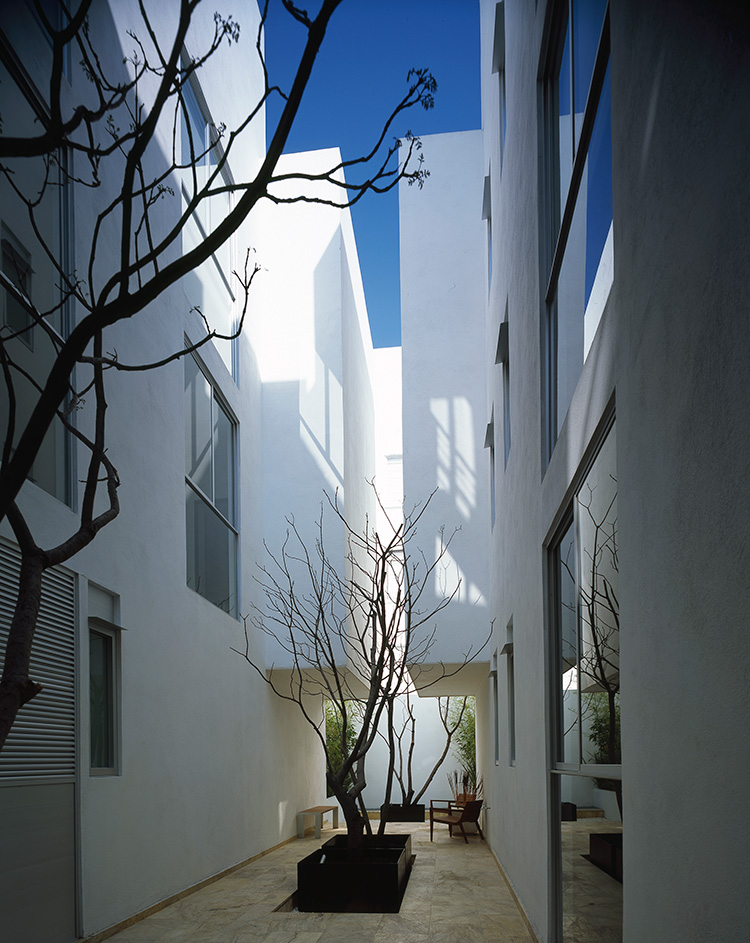 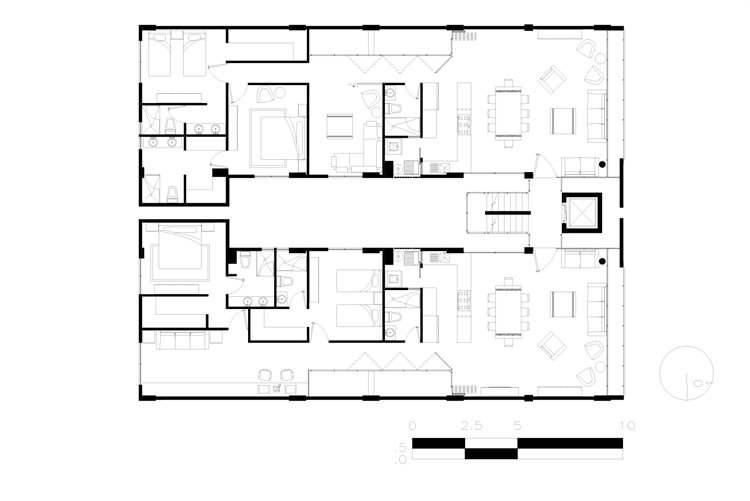 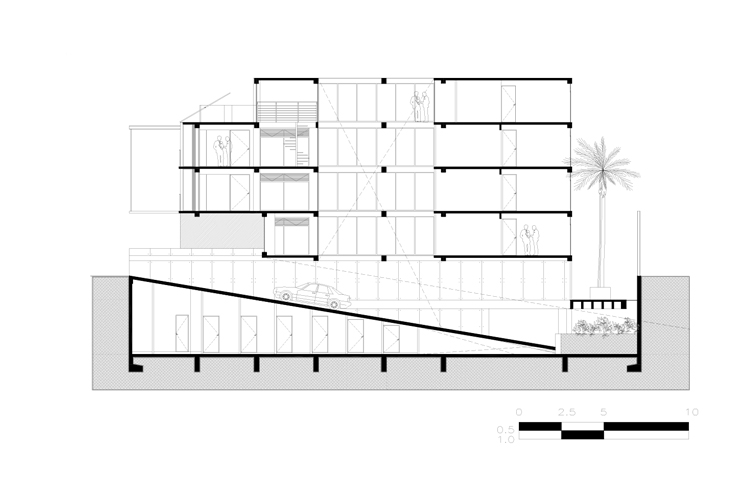