To be able to generate an integral and successful scheme we contemplated different factors such as the urban site destined for this project, its main user and the basic objectives of the future museum.

The immediate urban environment of the museum will be the surrounding rooms and buildings as well as what will be the CETRAM constitution 1917 in conjunction with the Modal Transfer Center and Shopping Center.

The geometry of the museum serves as a great transition in the urban trace born from the rigid orthogonal language of the CETRAM volumes and it developes towards the progressive and natural accommodation of the surrounding buildings, the superimposed trapezoidal volumes move from the geometrical rigidity of the CETRAM to naturally integrate with the context of the area.

The Museum guiding axes start off naturally with the pedestrian bridge which overcomes the road and integrates with the complex,from north to south.

On the east - west axis, with the existing core of stairs of the shopping center.

And turning the façade of the volume with more hierarchy, to achieve a visual access from Av. Ermita Iztapalapa.

The child as the main user must be in control of the space. This set of simple shapes and geometries almost alludes to the playful games of stackable wooden blocks.

These volumes which emerge from a transition that the urban trace imposes are formally very familiar, natural and accessible to a child, evoking capricious elements in its conformation, but at the same time with a natural and instinctive order.

These forms that transit between the linear and the superimposed, would allow to unify and articulate the proposed scheme in the transfer terminal, the shopping center and the perimeter zones, asymmetric in their levels, forms and materials; with this we achieve a coherence of forms between what exists and what is proposed in the shopping center.

The building tries to reach an understanding with the natural environment, "floating" and integrating with it as it were an element that was born together with the neighboring houses; as if it had always been there. At the same time it demonstrates synthesis and flow communication with the shopping center building, which is an already projected element for the city.

The lack of spaces for public interaction and environmental lungs in the borough led us to create a large public square / garden as the heart of the building, that opens its doors to the residents and contributes to the community in which it is located. At all times within the exhibition and public services spaces there are visuals to this square and the immediate urban context.

Furthermore, on the museum decks, between the halls, there are large green spaces, at different levels, which are part of the museum's experience.

Pedestrian flows and public services are integrated into the new plan, making the museum a key part of its operation.

The configuration of the building tries to harmonize with the chaotic environment and at the same time with its own order. A museum that is embraced by the urban events of Iztapalapa. 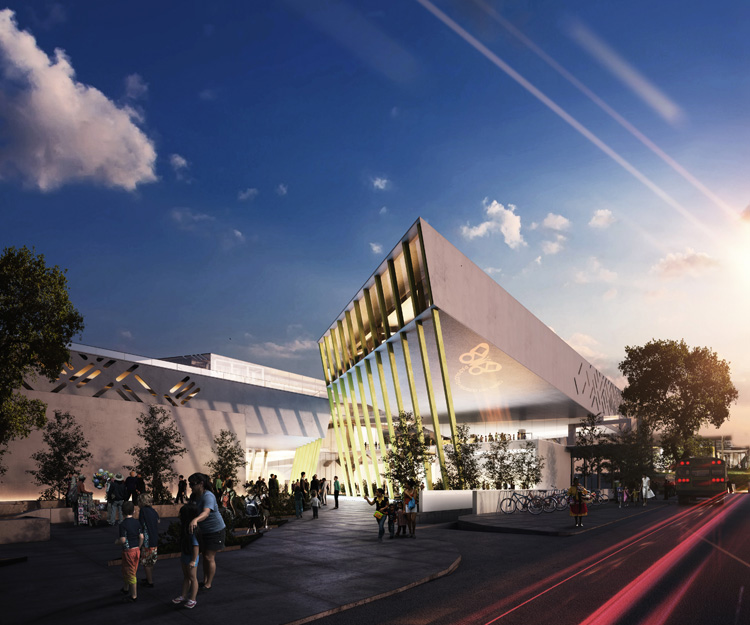 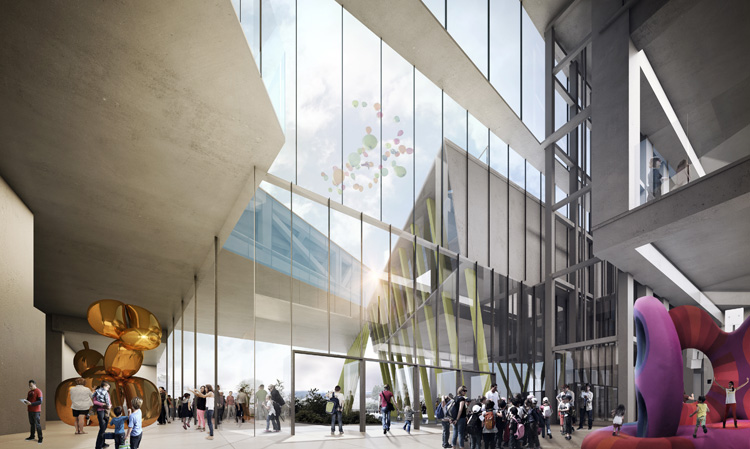 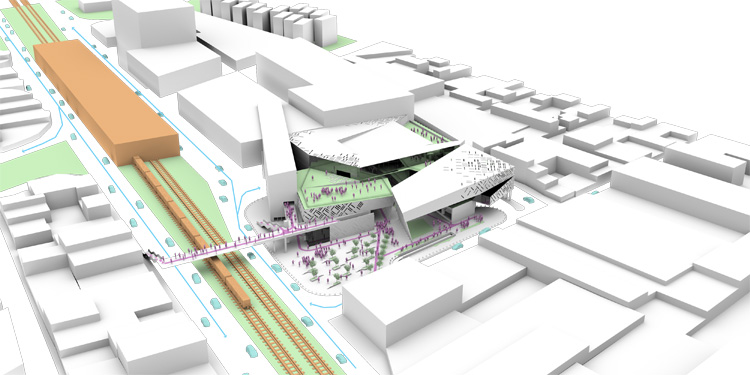 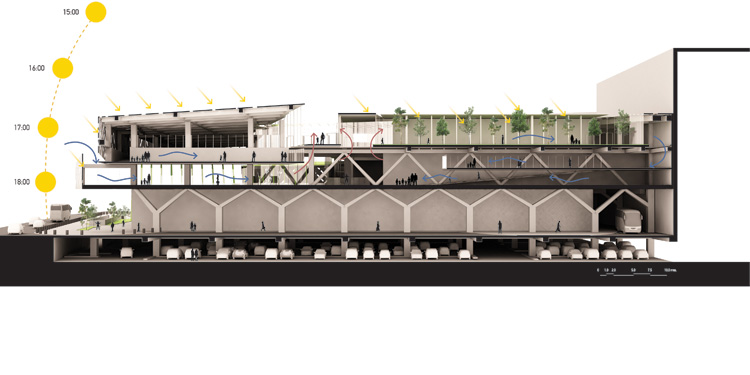 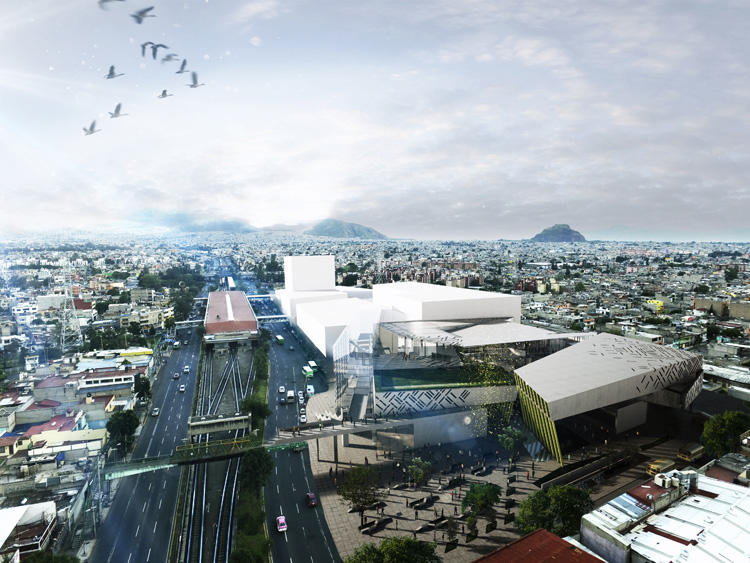 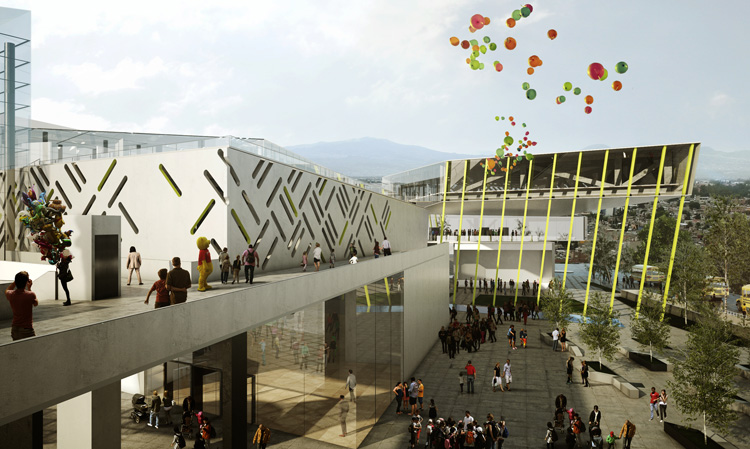 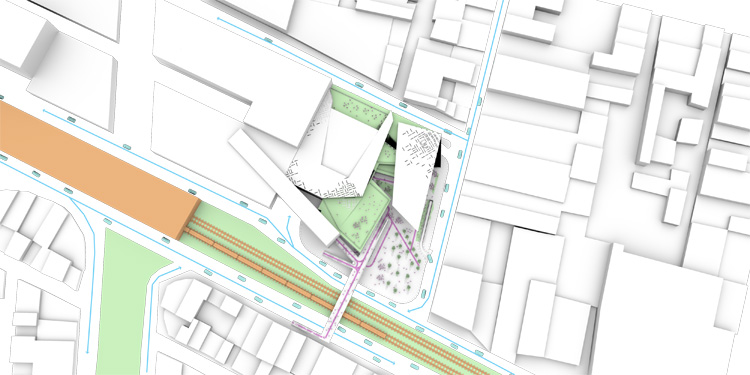 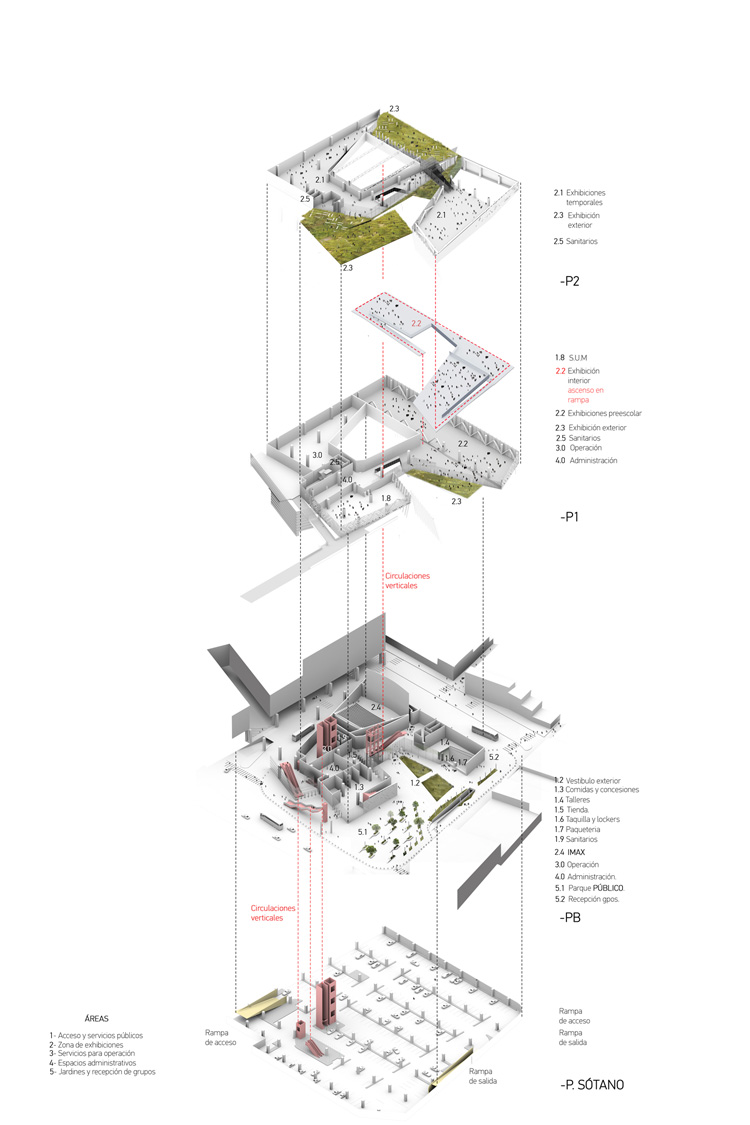 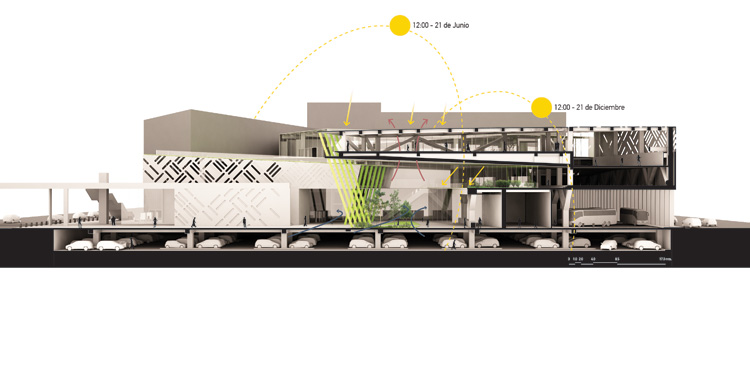